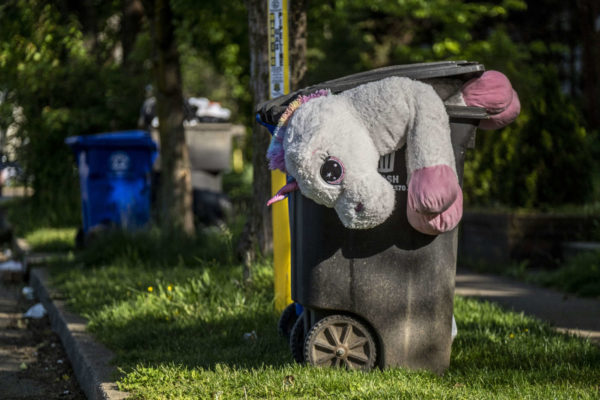 County Opposes Second McD’s Drive-Thru Window — “Maybe, in the end, they can all sit down amicably over a Happy Meal. But the mood was decidedly unhappy when the Arlington County Board and representatives of McDonald’s recently tangled over redevelopment of the restaurant chain’s 60-year-old outlet in the 4800 block of Lee Highway.” [InsideNova]

Sloppy Mama’s to Reopen Today — “Sloppy Mama’s BBQ owner Joe Neuman also isn’t in a rush to open his dining room, though he is launching takeout at his Arlington restaurant on Friday. He received a Paycheck Protection Program loan, which has terms that reward businesses that rehire staff. Neuman closed Sloppy Mama’s on March 16, just as barbecue season beckoned.” [Washington City Paper]

Va. Trying to Ramp Up Testing — “As the state plans to reopen on Friday — though it will delay Northern Virginia’s reopening until after Memorial Day — the commonwealth is still not meeting Gov. Ralph Northam’s testing goal of 10,000 tests a day. This week, Virginia’s Department of Emergency Management signed contracts with three commercial labs in an effort to ramp up testing as the state gears up to reopen.” [DCist]

GMA Profiles YHS Senior Photo Project — “In Arlington, Virginia, photographer Matt Mendelsohn has made it his mission to give the senior class of Yorktown High School the celebration they deserve… With the growing popularity of his project, which he’s named ‘Not Forgotten: The Yorktown Seniors of 2020,’ he’s enlisted the help from his daughter on shoots and a parent.” [Good Morning America]

Signature Helps With Inn’s Mannequins — “Instead of letting tables sit vacant, the [Inn at Little Washington] chef plans to outfit his dining rooms with mannequins… The chef (who majored in drama in college) has been working with Shirlington’s Signature Theatre to get the faux humans costumed in 1940s-era garb. Servers will be instructed to pour them wine and to ask them about their evening.” [Washingtonian, Eater]