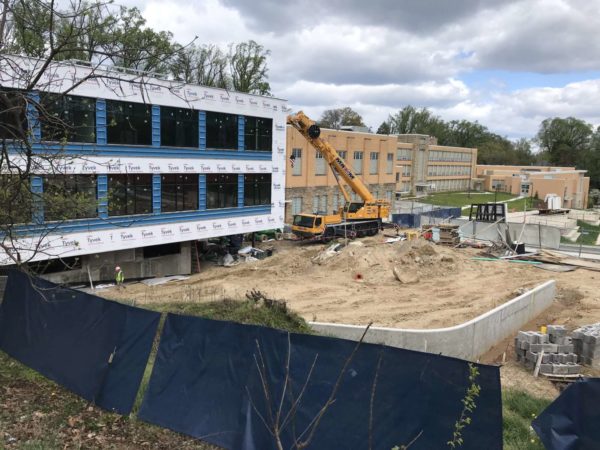 Police were dispatched to the under-construction school on Vacation Lane — which formerly housed the H-B Woodlawn Secondary Program — just after 11 p.m. Wednesday, following a burglar alarm activation. They found two 18-year-olds and a slew of damaged property, according to the Arlington County Police Department.

The teens “were arrested and charged with Burglary with Intent to Commit Larceny/Assault & Battery/Other Felony, Conspiracy to Commit a Felony, Destruction of Property and Consume/Purchase/Possess Alcohol: <21 Years Old,” the crime report said. “They were held on no bond.”

A police spokeswoman said the damage was mostly from graffiti.

“The suspects allegedly tore down posters and papers and spray painted various items throughout the building,” said ACPD’s Ashley Savage. “A cost estimate of damages is ongoing.”