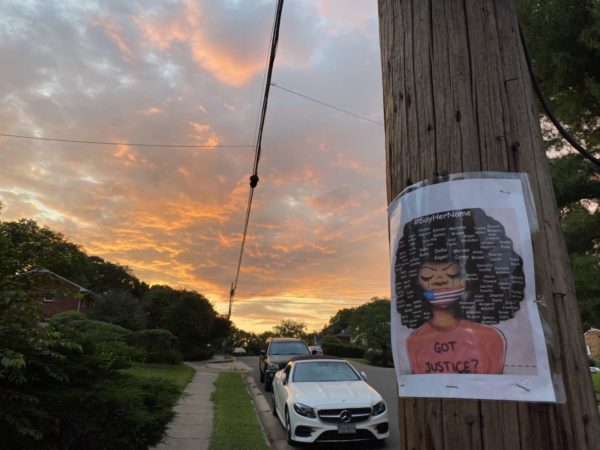 Candidates Support Stormwater Investment — “How it gets paid for (and by whom) perhaps is a question for another day, but the three candidates in the July 7 Arlington County Board special election voiced support for increased stormwater-management efforts. ‘We need to be making a generational investment,’ said Susan Cunningham, one of three candidates on the ballot seeking to fill the seat of the late Erik Gutshall.” [InsideNova]

Analysis of N. Arlington House Numbers — “In the ZIP code 22207, serif addresses vastly outnumber sans serif addresses, 7,759 to 2,111. Many blocks feature no sans serif houses at all, or just one or two. But in isolated pockets–individual blocks or even orange and red “hot zones” spread across a couple of streets–sans serif numbers are beginning to break through.” [Slate]

How a Local Chiropractic Practice Is Doing — “Some businesses are still trying to get adjusted to the flow of business in the new normal. ‘I would say we’re about 75% close to where we were before,’ Dr. Hooman Hamidi said. Hamidi is a chiropractor in Arlington, Va. When the global pandemic shut things down, his business slowed to a crawl.” [WUSA 9]

Galaxy Hut Staying Takeout-Only, For Now — “Based on what we’ve seen, we still don’t feel it’s the safest option to allow people to hang out at our restaurants at this time. Instead, we will be expanding our pickup hours and introducing some new yums at both Galaxy Hut and Spacebar in the coming weeks.” [Facebook]

New Laws Taking Effect Today — “Marijuana will be decriminalized, local governments will have the ability to take down Confederate monuments, and Virginians will pay more in taxes for gasoline and cigarettes starting Wednesday. July 1 is the start date for most of the new laws passed earlier this year by the General Assembly.” [Associated Press]

END_OF_DOCUMENT_TOKEN_TO_BE_REPLACED

More Stories
Just Reduced Properties in ArlingtonMorning Poll: Are You Traveling for the Fourth of July?