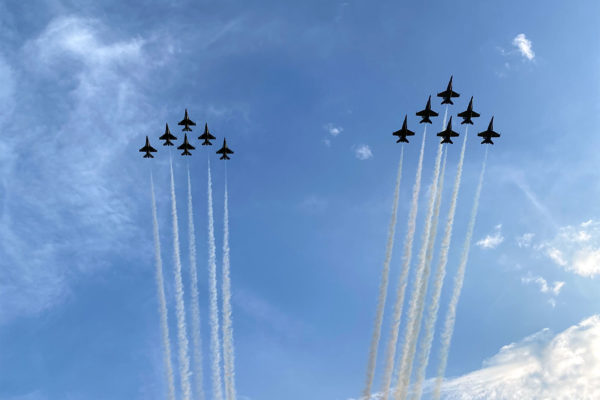 Local Man Killed in Crash Near Shirlington — “At approximately 7:44 p.m. on July 3, 2020, police were dispatched to the area of Walter Reed Drive and S. Wakefield Street for multiple reports of a crash with injury. The preliminary investigation indicates that the motorcyclist was traveling southbound on Walter Reed Drive at a high rate of speed when he lost control, struck a pole and was thrown from the vehicle.” [Arlington County]

Yorktown Grad Entering Third NFL Season — “The upcoming NFL season, if it is played, will be M.J. Stewart’s third, and the Yorktown High School graduate is more than eager for this month’s training camp then the 2020-21 season to start. ‘I just want to get to training camp,’ said the 5-foot-11, 200-pound defensive back for the Tampa Bay Buccaneers.” [InsideNova]

Ethiopian Community Facing Dual Challenges — “The Supreme Court on June 25 okayed the Trump administration’s policy of limiting the number of asylum seekers in the country… Most likely to feel the impact locally is the Arlington-based Ethiopian Community Development Council Inc., the refugee-support and State Department-authorized transition agency with offices just off Columbia Pike… this sub-sector of Arlington’s diverse population is among those hit hardest by the coronavirus lockdown.” [Falls Church News-Press]

Why Galaxy Hut is Not Opening Indoors — Updated at 9:10 a.m. — “We just decided ultimately that the questions are too many. Too many questions about how safe it is to be out and dine. And we didn’t feel like with our small size in particular that we would be a good candidate for trying this out. We didn’t want to take the risk.” [WJLA]

Wardian Completes Delaware Run — “Ultrarunner Mike Wardian ran the length of the state of Delaware, starting the 130-mile (209-kilometre) route on July 2 and finishing 26 hours later. He began the run in the afternoon, just north of Wilmington, Delaware’s largest city, near the state border with Pennsylvania. He ran in [93 degree] weather straight through the night and next morning, and 26 hours, 19 minutes and 43 seconds later, he crossed the state’s southern border and ran into Maryland.” [Canadian Trail Running]