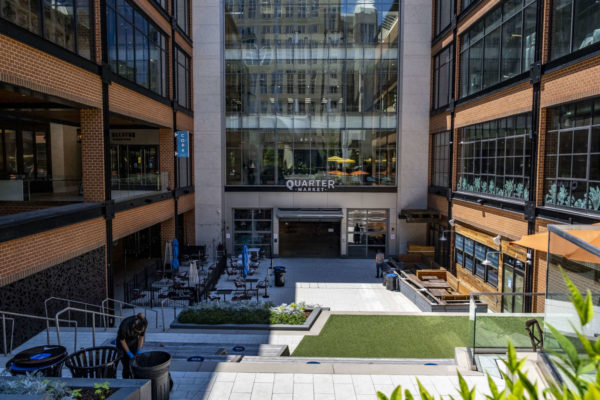 The details are scarce, but a new restaurant appears to be coming to Ballston Quarter mall.

Permits have been filed for a restaurant called Superette at 4238 Wilson Blvd, the mall’s address. The restaurant will seat somewhere between 1 and 100 people and will serve beer, wine and cocktails, the permit suggests.

No other details about the restaurant, which does not yet have a public web presence, were immediately available.

An LLC associated with the new restaurant, however, is linked to local restaurateur Sam Shoja, who owns Emilie’s in D.C. and, according to Eater, “three D.C. area franchises of Jinya Ramen Bar and two locations of kebab Sheesh in Northern Virginia.” Shoja also previously owned a stake in Ballston Quarter eatery Hot Lola’s.

Noted chef Kevin Tien recently split from Emile’s, which he founded and co-owned with Shoja. Eater noted that in return for Tien’s stake in the restaurant, “Shoja has given Tien his 40 percent share in Hot Lola’s, the chef’s Sichuan-style hot chicken sandwich brand with a stall in a Ballston food hall.”

A retail broker whose contact information was listed on the permit for Superette did not respond to a request for comment.