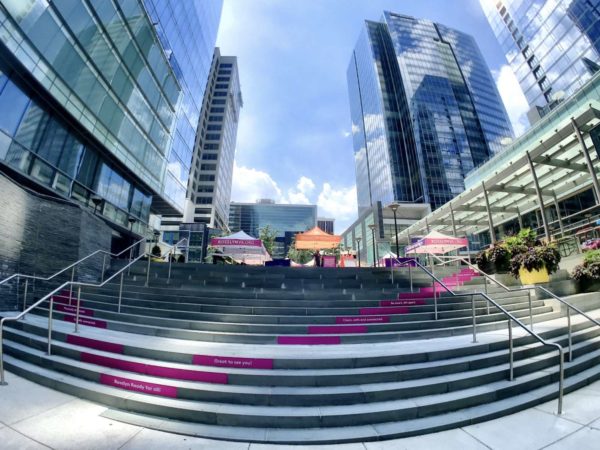 Google Satellite Images Updated — Google has updated its satellite imagery in maps. One can now see the line at Arlington’s drive-through COVID testing site and an empty Arlington National Cemetery parking lot, among other pandemic-specific sights. (Hat tip to Eric Dobson for spotting this.)

No High School Football This Fall — “High school football will not be played this fall in Virginia. Football will be either played in the winter or spring or not at all, based on which of three plans the Virginia High School League’s executive committee approves July 27 for the 2020-21 high school sports season.” [InsideNova]

Lane Closures on I-66 This Weekend — “Overnight lane closures and traffic stoppages are planned for I-66 East in Arlington near Patrick Henry Drive this weekend, weather permitting, to implement a traffic shift as part of the I-66 Eastbound Widening Project. This work will split the two I-66 East travel lanes for more than a half mile.” [Press Release]

Nonprofit Gets Donation from Local Race — “Bridges to Independence has received a $10,000 grant from the Arlington Bunny Hop 5K and Clarendon United Methodist Church to support the housing of Bridges’ local homeless families.” [InsideNova]

ICYMI: Update to Pool Outbreak Article — In an email sent to members last night, the Overlee Community Association confirmed that three people have tested positive for COVID-19. They, along with other cases still not revealed to the membership, all became sick after a intrasquad swim meet on Saturday, a source tells ARLnow. Thus far, swim coaches and pool management have tested negative, according to the email. [ARLnow]