As the Washington Nationals play ball without fans in the stands, the team is turning to Arlington startup Hungry to bring the ballpark dining experience to homes.

If a Washington Nationals game just wouldn’t be the same for you without a hot dog, ballpark peanuts or other baseball cuisine, the new Best Ballpark Bites program may be a homerun. It aims to deliver gameday meals to those watching the games safely from their livings rooms.

“The Nationals want to bring the ballpark experience to you in the comfort and safety of your home,” the Nationals said in a press release. “Introducing Best Ballpark Bites Delivered, featuring classic gameday meals.”

The partnership is part of a continued shift towards no-contact deliveries during the pandemic, according to Hungry’s website. The Ballston-based company also was able to recently secure over $20 million in funding from donors like comedian Kevin Hart and former Whole Foods co-CEO Walter Robb. 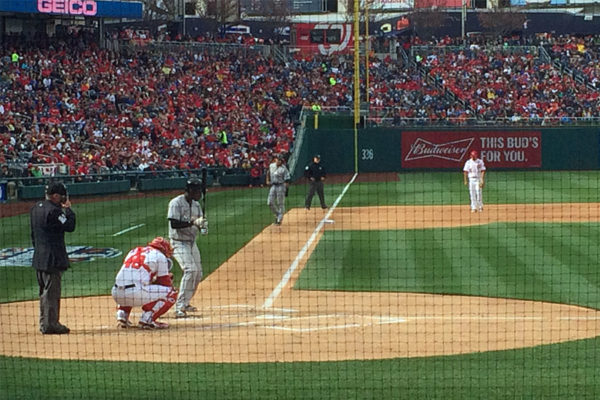 All packs are $75 and designed to serve 2-3 people with contactless deliveries.

Alcohol orders are also included but will require the recipient to present ID on delivery. In addition to online ordering, the press release says orders can be placed via 1-888-8HUNGRY or emailing [email protected]. Orders have to be placed by midnight the day before the game for night games.

According to Hungry’s website, orders will include a free Nats bobblehead for a limited time.