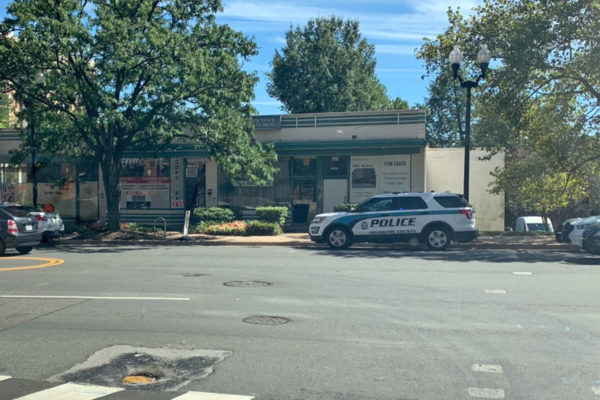 Two men in their late teens are facing felony charges police say they robbed a store on Columbia Pike over the weekend.

The robbery happened around 1 p.m. on Saturday, according to county police. An Arlington Alert sent that afternoon said it happened at 2340 Columbia Pike, which is the address of Wireless Rxx — a computer and phone repair shop and retailer that was struggling early in the pandemic.

According to police, three young male suspects entered the store and started trying to smash the display counter with rocks — when that didn’t work, they allegedly reached over the counter, stole merchandise, and then started throwing items at store employees before fleeing.

Two of the suspects were located by officers further west on Columbia Pike. Both were arrested, including one taken into custody after a foot chase, police said. Despite an extended search of the area, the third suspect was able to get away.

END_OF_DOCUMENT_TOKEN_TO_BE_REPLACED

More Stories
Ask Eli: Why Is My Neighbor Mowing My LawnJUST IN: Sewage Leak Prompts Warning About Local Stream