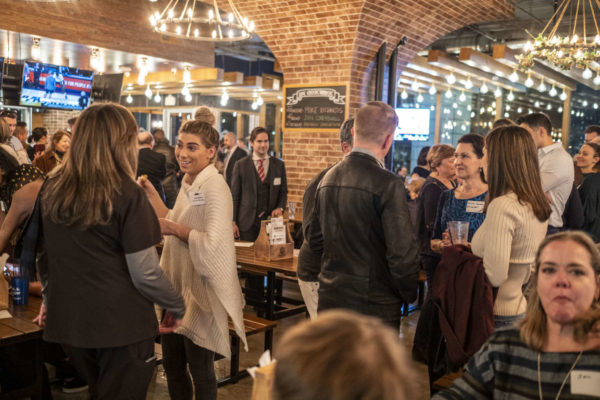 Eight months ago — on Jan. 29, 2020 — the employees of ARLnow and our sister sites all gathered to celebrate ARLnow’s 10th anniversary.

Together with friends, family and readers, we all packed into Bronson Bierhall in Ballston to drink, eat and chat. There were no masks to be seen. Social distancing was not yet a thing that was being practiced.

It would prove to be one of the last times those in attendance were able to enjoy such an evening.

The following is a timeline of those fateful few weeks between our first mention of the virus and the first confirmed case in Arlington.

That first local case was followed two days later by the suspension of the NBA season, widely seen as a turning point in the country’s response to the pandemic, and four days later by the announced closure of Arlington Public Schools.