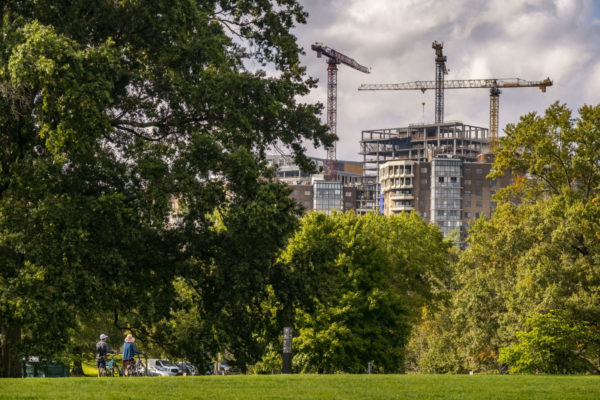 RBG Buried at Arlington National Cemetery — “The late Supreme Court Justice Ruth Bader Ginsburg was buried at Arlington National Cemetery Tuesday. A spokesperson for the Supreme Court confirmed that she was laid to rest and said it was a private service. She was set to be buried alongside her husband, Martin David Ginsburg, who was buried there in 2010.” [WJLA]

DCA Work May Cause Traffic Delays — “Beginning on or about Thursday, October 1, portions of the Terminal B/C Ticketing (upper-level) roadway will close for work related to Project Journey. At least two vehicular lanes will remain open as the construction areas periodically change.” [Press Release]

Police Investigating Lyon Park Attack — “As the parties exited the business, the dispute continued and became physical. The suspect waved a knife at Victim One, who then fell to the ground. The suspect kicked her, at which point a second victim attempted to intervene, but was struck with the knife by the suspect. The suspect then fled in a vehicle.” [Arlington County]

Cristol Joining New Equity Program — “Arlington County Board Member Katie Cristol has been named one of 14 Southern elected leaders who will form the inaugural class of E Pluribus Unum (UNUM) fellows. The program is designed to equip Southern leaders with resources that advance racial and economic equity within their communities.” [Arlington County]