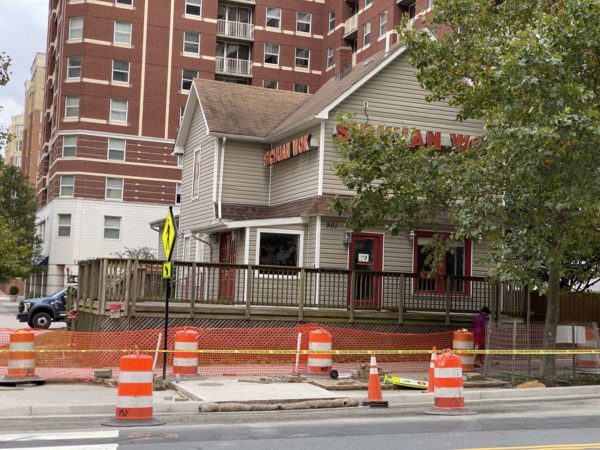 It’s a curious sight: a house in the middle of Ballston, in the midst of apartment and office towers.

But it’s not really a house, it’s a commercial building that most recently served as a Chinese restaurant called Sichuan Wok, and thus its fate is of some local interest.

The restaurant closed in 2018 and the property went on the market last fall for $3.2 million. The original listing for the property deemed it an “excellent opportunity for an investor, developer, or user.”

As of June 18, according to county records, the property at 901 N. Quincy Street has a new owner.

A Columbia Pike resident paid $3 million for the 3,000 square foot building and the 5,200 square foot commercial lot on which it sits, according to public records.

It’s not immediately clear what the new owner’s long term plans are for the building, which is configured as a restaurant. But a building permit application suggests that the owner — under the name Roxanna LLC — intends to build an addition and open a spa.

“Alteration of the space with new tenant layout and addition to the existing building for new use of a spa,” the permit application says.

There’s no word on when the work will take place, nor when the spa might eventually open.