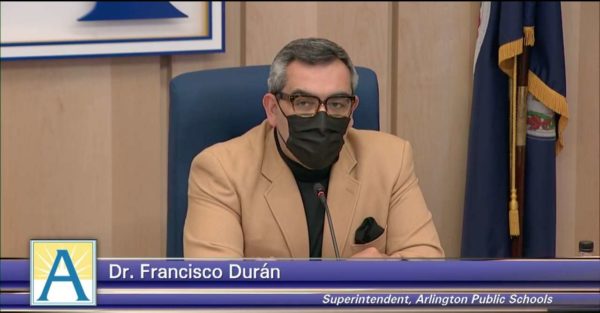 Depending on local health conditions, Arlington Public Schools students who opt for hybrid instruction could start entering classrooms between the end of October and mid-January.

The staggered return times, along with more details about the school system’s preparations, were announced on Friday during a town hall for parents with Superintendent Francisco Durán and his staff.

Parents of these students, designated as priority level 2, are being surveyed currently for instruction preferences. All other middle- and high-school students who opt for hybrid instruction comprise Level 3 and are currently expected to return in January.

“We want to be thoughtful of meeting the needs of all of our students who need more support,” Durán said.

During a town hall with teachers earlier last week, Durán told APS staff, including teachers, that balancing their preferences with those of families may mean APS cannot respect the wishes of every family who selects the hybrid option, according to a recording of the meeting, which was provided to ARLnow.

Rather, “with student need as the driver,” those who are falling behind, or have disabilities, those who have difficulty accessing online learning or do not have parents at home will receive the greatest priority in returning to school, he said.

An advocacy group promoting in-person education, Arlington Parents for Education, contends that qualifying for face-to-face education based on need is inconsistent with APS’s mission to provide equal access to public education.

“If APS is going to go down this path of making determinations on behalf of parents which children ‘truly need’ to deserve in-person schooling, then the district should be prepared for and willing to answer questions on the matter,” the group said in a statement. “Based on the volume of questions that were ignored at Friday evening’s town hall, it’s clear Dr. Durán is not being transparent with families, yet again.”

On Friday, parents had a lot of questions, submitted via text, Facebook Live comments and Microsoft Teams chat, ranging from keeping teachers to testing students.

“I recognize how challenging this is for our community, and I know there are many opposing views about how we should proceed,” Durán said. 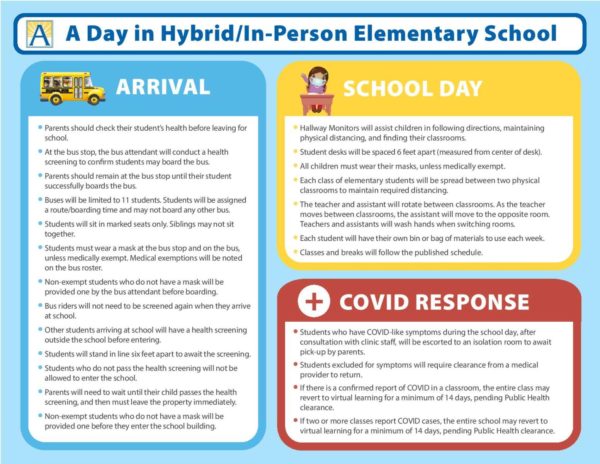 School officials said parents are concerned with keeping kids with their current teachers, with many wanting to base their survey answers on what their child’s teacher prefers.

“We know there are strong bonds formed, and we will do our very, very best to maintain consistency as best we can with classes and teachers, but we are not going to be able to share what teachers prefer in their survey,” Durán said, asserting that doing so would reveal private health information.

Many others asked about regular COVID-19 testing.

Per the Centers for Disease Control and Prevention, K-12 students should not be regularly tested as a condition for students to return, said Zachary Pope, the school system’s emergency manager.

Rather, students will be pre-screened before boarding the bus or outside the classroom when parents drop them off.  Guardians need to stay just in case their child is turned away for exhibiting symptoms, Pope said.

Students who experience symptoms at school will be put in seclusion rooms attended by specialized staff until a guardian can come get them. With the pre-screenings, however, Pope said “we hope we won’t have to have them in those rooms at all.”

Other safety measures include improvements to ventilation and social-distancing on buses. Walk zones have been expanded to keep down bus ridership to 11 students per trip and to mitigate car traffic. 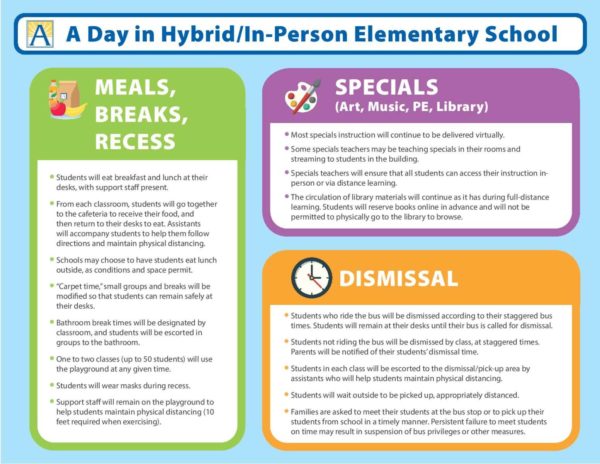