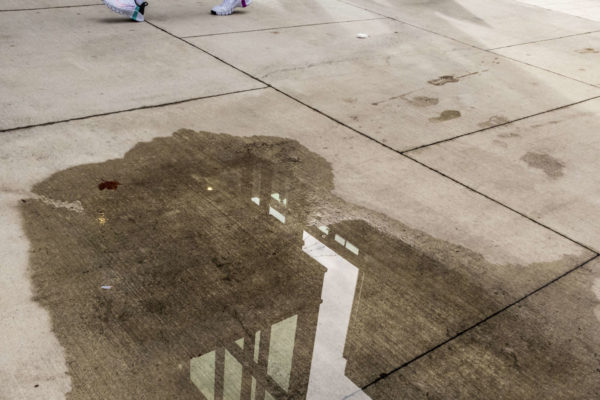 Courthouse Wendy’s Project Changing — “A new developer appears to be taking over a Carr Properties’ project in Arlington’s Courthouse neighborhood, queuing up a switch from office to residential in the process. Greystar Real Estate Partners filed new plans with Arlington County earlier this month for a triangular parcel at the confluence of Clarendon and Wilson boulevards… [for] a 16-story residential building with 225 units above 4,000 square feet of ground-floor retail.” [Washington Business Journal]

Dog Hit By Car Gets Second Chance — Thanks to efforts by the Animal Welfare League of Arlington and three other groups, a puppy named Cash had a broken leg, suffered after being struck by a car, saved from amputation. [Facebook]

Alexandria Releases Contact Tracing Info — Alexandria just released an analysis of its contact tracing findings, showing the most common recent activities reported by those diagnosed with COVID-19. Among the top activities reported by COVID patients: living with someone who contracted the disease and going to a workplace. Relatively few reported recently dining outdoors. Arlington has yet to release similar information. [City of Alexandria, Twitter]

END_OF_DOCUMENT_TOKEN_TO_BE_REPLACED

More Stories
JUST IN: Task Force Reveals Possible New Names for Lee HighwayMorning Poll: Are You Willing to Eat Inside a Restaurant Yet?