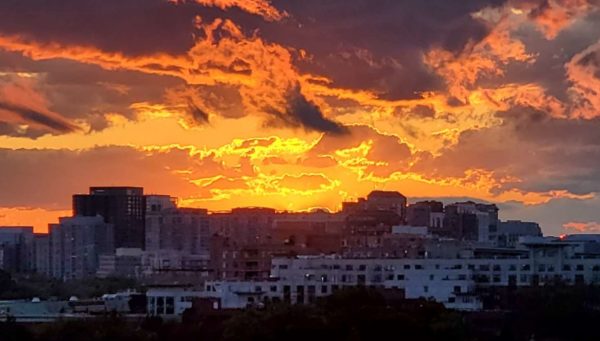 Water Rescue Over Weekend — “Rescue units from Arlington County and D.C. had to save a person late Saturday afternoon that was in need of help on the Potomac River near the area of GW Parkway and Windy Run after being stuck on rocks. Arlington officials said in a Tweet that the person rescued was evaluated and transported to a trauma center with non life-threatening injuries.” [WUSA 9]

Election Specials at Bayou Bakery — “Chef David Guas will make a pair of election-themed sandwiches at his Arlington bakery on on November 2 and 3. A McDonald’s-esque ‘Filet-O-Catfish’ represents President Trump, with cheese and pickled jalapeño tartar sauce. For Joe Biden, Guas riffed on a sandwich from Delaware sub shop Capriotti’s, offering up the ‘Bobby 2.0’ with sliced roasted turkey, cajun cornbread stuffing, and cranberry vinaigrette.” [Eater]

Wizard’s House Still for Sale — “Longtime Washington Wizards player Martin Gortat has put his Arlington house on the market. Gortat was the team’s starting center from 2013 until 2018, when he was traded to the Los Angeles Clippers. He retired from the NBA in February. Since leaving Washington, he’s been using the Arlington house as a luxury rental property.” [Washingtonian, HomeSnap]

Eden Center is an Election Battleground — “At a Biden rally at the Eden Center in Falls Church, Va., it took minutes before Trump supporters showed up to heckle. Banh mi seller Quang Le says it’s ‘like the Jets and the Sharks.'” [DCist, Twitter]