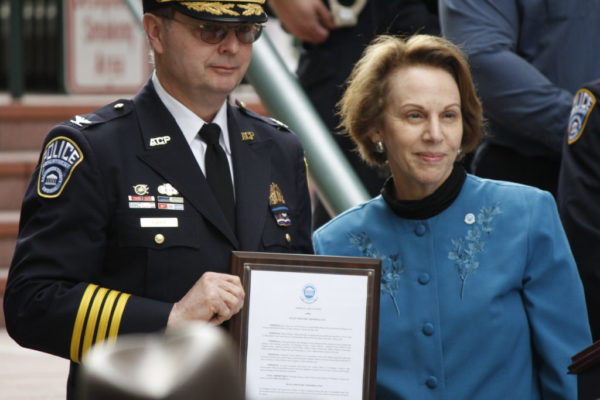 Arlington’s former police chief says disagreements with the County Board led him to seek an early retirement.

M. Jay Farr, who retired in September, wrote a letter to the editor of the Sun Gazette, which was published online today. In it, he refuted claims that he left amid agreements with Arlington’s new, reform-minded prosecutor.

“While it is true that Ms. Tafti and I did not look through the same lens all the time, we did strive to seek common ground wherever possible,” Farr wrote. “On those occasions where there was a difference of opinion, I found Ms. Tafti willing to consider the police department’s position. Overall, we had a very professional and respectful relationship.”

The former chief said his relationship with the County Board was not as positive.

Reference my retirement and early departure, I was in a deferred-retirement option that I entered into in December of 2017 and was obligated to depart the county in December of 2020. My decision to leave early was based entirely on my relationship with the Arlington County Board.

Board member Christen Dorsey’s comments regarding the Police Review Committee highlighted his concerns about the police department. He noted that this committee, a project out of the county manager’s office, once completed should finally provide recommendations for a police department that this community deserves. Not exactly a glowing endorsement of my efforts, or others’, over the past 30 years. It became apparent that the County Board and Mr. Dorsey were seeking to move in a different direction.

Farr added that he is “confident” that acting chief Andy Penn “is continuing to build a strong working relationship with the commonwealth’s attorney to provide the best service possible to the Arlington community.”

In an interview with ARLnow today, County Board Chair Libby Garvey said that while the Board had disagreements with Farr, he was a “consummate professional” and there was mutual respect between Board members and the former chief.

Garvey said the Board does want some policing practices to change — a public process to review practices and suggest changes was launched after the killing of George Floyd and an increase in local use-of-force complaints — but noted the such changes are likely to be incremental.

“We want to step back and look at our policing,” Garvey said. “I think the whole country is looking at policing. We’re part of that. I think our community expects us to do that.”

“I don’t expect there to be a major change because I think we have an excellent police force… but we’re moving into a different era,” Garvey added. “Moving into the 21st century you need to look at how you’re doing things. Life changes.”

Asked about the rise in crime in the county, Garvey said that potential reforms like removing uniformed police from mental health calls and traffic enforcement duties could allow officers to better focus on reducing crime.

“You want to have a community that’s strong and safe, I think we have that and we’re working to continue that,” she said.

As for disagreements among the police department, the County Board, and the prosecutor’s office, Garvey said it is healthy to have people from different backgrounds and perspectives hash out issues “in a professional and respectful way.”

“You don’t want groupthink where everyone agrees and thinks things are fine all the time,” she said. “I think the fact that there are some disagreements is a healthy thing — it’s about how you work them out.”