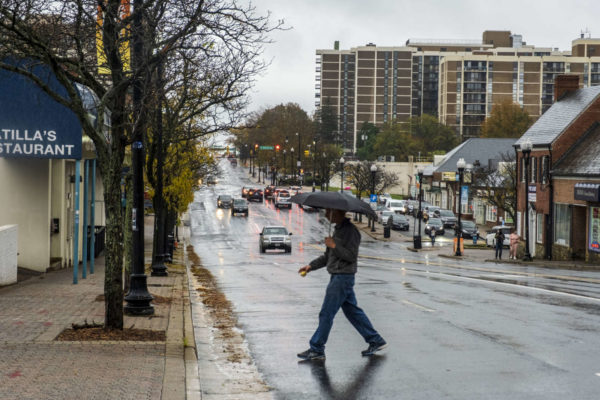 Local Dog Adoption Demand is High — “Kim Williams, who volunteers for the Lost Dog and Cat Rescue Foundation of Arlington, Virginia, has tapped into a puppy pipeline of sorts to bring some of Georgia’s homeless pet population to the mid-Atlantic region where they are bombarded by requests for dogs to adopt.” [WMAZ]

Land Transfer May Speed Bridge Project — “Interesting: NPS is ‘supportive’ of conveying four acres of parkland to VA and DC to construct the Long Bridge(s), rather than just permitting. That would likely speed design and construction, and could result in a ped/bike span that doesn’t compromise as much on width and lighting in order to conform to NPS interests.” [@CarFreeHQ2/Twitter]

Local Wildlife Caught on Camera — “Arlington resident Levi Novey and his wife Alicia have captured footage documenting quite an array of critters passing through their yard via a fence that Levi has dubbed a ‘wildlife superhighway…’ So far their fence camera has photographed foxes, raccoons, mice, housecats, chipmunks, and lots of birds and possums.” [WJLA]

Redistricting Commission Applications Open — “Beginning Monday, Virginians will have a month to apply for one of eight public seats on the state’s new redistricting commission, which has begun its work with a panel of retired judges setting out plans for the application process.” [Washington Post]

Stormy Day Today — “Get ready for a wild weather finish to November. A strong storm system develops and moves through… bringing a mix of hazards to our area in a short time frame, capped off by the potential for strong to possibly severe storms Monday afternoon. No specific warnings or advisories have been issued, but expect a good soaking of one to two-plus inches of rain (and some wild temperature swings).” [Capital Weather Gang, Twitter]