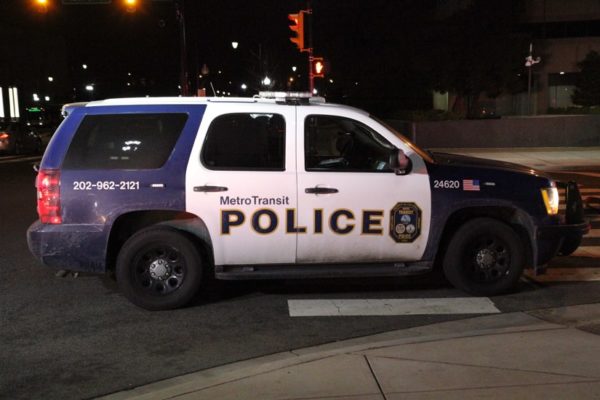 A Metro employee beat a coworker unconscious at the Pentagon station in 2017, after becoming enraged because the victim helped a rider, according to recent court filings about a previously-reported incident.

The day after the March 8, 2017 incident, it was reported by the Washington Post and other local outlets that a station manager assaulted a fare technician, who was “taken to the hospital and evaluated, but was not admitted and did not have visible injuries.” The station manager was arrested, though few other details were released and no motive given.

New information about the attack came to light as a result of a federal lawsuit filed by the victim, as relayed by the Twitter account @unsuckdcmetro, suggesting that the attack was more serious than first reported — and the result of an unusual workplace dispute.

Court filings detail what happened that day between the fare technician, Teshome Workagegnehu, and the station manager, Martin Van Buren.

Plaintiff began working for WMATA as a mechanic in June 2012. On March 8, 2017, he went to the Pentagon train station in Virginia to repair SmartTrip card machines. While he was there, he got into an argument with Martin Van Buren, the on-duty train station manager.

According to plaintiff, Van Buren became upset after plaintiff assisted a customer purchase a SmartTrip card. Van Buren told plaintiff that helping customers was outside of plaintiff’s “responsibility,” and plaintiff disagreed.

Then Van Buren allegedly punched plaintiff in the face, pinned him to the ground, and continued punching him. Plaintiff was taken to a hospital where he stayed overnight. Police arrived at the scene and defendant Van Buren was arrested.

Van Buren was convicted of simple assault, a misdemeanor, in Arlington General District Court in May of that year. He was sentenced to a net of 15 days in jail — 180 days, with 165 suspended — according to court records.

Later, Teshome Workagegnehu alleged that he was improperly denied the ability to sue WMATA. Last week, however, a D.C. federal appeals court affirmed a lower court ruling that he can’t sue because his injuries were work-related and covered by workers compensation.

The appeals court ruling has more details about what happened, saying that Van Buren “swore at and dismissed the customer” who asked for help, before Workagegnehu stepped in.

While the two discussed their job responsibilities, Van Buren suddenly attacked Workagegnehu. Van Buren pinned Workagegnehu to the ground and punched him until he was unconscious. As Workagegnehu awoke, Van Buren said they should stop fighting because they would lose their jobs. But when Workagegnehu stood to leave, Van Buren attacked him again. Several customers and other employees saw the incident. Police arrived and arrested Van Buren, who was later convicted of assault. Workagegnehu sustained severe injuries and required hospitalization.

Workagegnehu was “faced with substantial hospital bills” after the attack, per the court document. He sued after WMATA did not initially approve his workers compensation claim.

The court ordered the workers comp claim paid, but Workagegnehu continued to pursue a suit against WMATA for the assault and the infliction of emotional distress. That was dismissed after the court ruled that the Virginia Workers Compensation Act barred it.