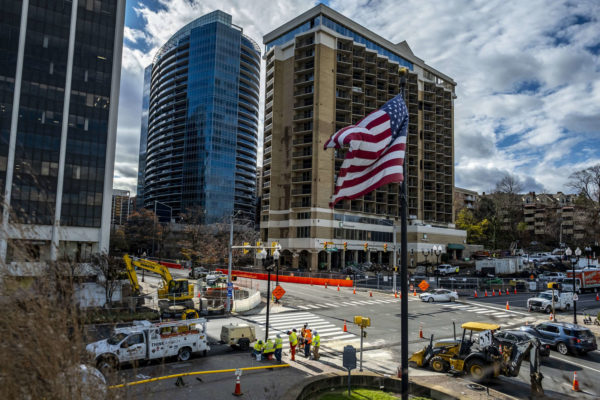 Arlington’s ‘Bachelorette’ Contestant Talks — “For me, I like the hole-in-the wall bars. Just like, a dive bar where I can just like, grab a beer. Like I love drinking Guinness or some sort of Allagash White or something like that. If I were to go to a bar in Arlington to watch a game, I don’t know — maybe like, First Down in Ballston or like Spider Kelly’s.” [Washingtonian]

CaBi Comes to DCA — “The Capital Bikeshare station at National Airport is live! Traveling to the airport just got a whole lot easier.” [Twitter]

Chamber Continues Supporting Dillon Rule — “As part of its 2021 package of legislative priorities, the Chamber of Commerce is continuing its position that the ‘Dillon Rule’ needs to be maintained, and urged members of the General Assembly to do nothing that would lessen it. Leadership of the business organization comes and goes and other policy positions evolve over time, but the Chamber’s support for the Dillon Rule has remained steadfast over the decades.” [InsideNova]

Hospital CEO Staying On, For Now — “Virginia Hospital Center is experiencing some leadership changes — and holding off on others. VHC president and CEO Jim Cole, who’s held the position for 25 of his 35 years with the Arlington hospital, has continued and will remain in the top slot for now after announcing a year ago his intention to retire in September 2020.” [Washington Business Journal]

‘Section 230’ Explained With ARLnow — So what is Section 230, exactly? Per cybersecurity law professor Jeff Kosseff: “[An] example is that I go to my favorite local news site, @ARLnowDOTcom, and post a terrible, defamatory rumor about my neighbor… Neighbor can sue me, but a suit against ARLnow would fail because ARLnow was not responsible in whole or in part for creating or developing my defamatory post.” [@jkosseff/Twitter]

Nearby: Bethesda Encouraging ‘Streeteries’ — “A fund with $1.25 million from federal aid money might help. The county is considering using that money to give outdoor ‘streeteries’ — blocked-off streets filled with tables and chairs for patrons to eat outdoors — tools to prepare for operating during winter, such as heaters.” [Bethesda Magazine]

Read more →
More Stories
Listing of the Day: 4857 N. Williamsburg BoulevardMorning Poll: Will You Be Traveling for the Holidays This Year?