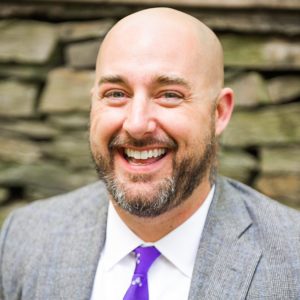 Once high-flying local startup Trustify was able to grow due to a massive fraud perpetrated by its former CEO and co-founder, according to federal prosecutors.

Just three years ago, Danny Boice was the toast of the Arlington startup scene. Virginia’s former governor and Arlington’s former County Board chair praised his plan to add 184 jobs in Trustify’s sparkling new Crystal City offices — a plan that, if carried out, would have made him eligible for nearly $120,000 in economic development incentives.

But the grand vision for a thriving “Uber-for-private-investigators” service never came to fruition.

Behind the scenes, the investments that allowed Trustify to grow were being solicited with fraudulent information, overstating Trustify’s financial performance, and eventually the facade came crashing down. The company was placed into bankruptcy proceedings last year.

Boice, a 41-year-old Alexandria resident, pleaded guilty this week to one count of securities fraud and one count of wire fraud in connection to the scheme, according to the U.S. Dept. of Justice. He’s set to be sentenced in March.

Not only did Boice lie to get $18.5 million in investment, the DOJ said, but he diverted nearly $4 million to his personal benefit, including homes and a private jet.

While some frauds may go unnoticed, the Trustify fraud was called out in real time by a devoted critic of Boice and the company. A local tech watchdog who went by the name “Mr. Cranky” wrote at the time of the governor’s jobs announcement, on a now-defunct blog, that Boice and his ex-wife/co-founder were “two low life scum, pretending to be entrepreneurs.”

“It is my opinion that Danny and [his ex-wife] are financing their luxurious lifestyle by crowdfunding money for their Dumpster Fire and using that cash for vacations, house payments, and private schools while investing little in the company,” he wrote. An earlier “Mr. Cranky” post reprinted a letter from Boice’s attorney demanding that he “cease and desist from continuing to publish false and intentionally disparaging statements about Mr. Boice and his company Trustify.”

The full DOJ press release about Boice’s guilty plea is below.

The former chief executive officer (CEO) and co-founder of Trustify, Inc. (Trustify), a privately-held technology company founded in 2015 and based in Arlington, Virginia, pleaded guilty today to his involvement in a fraud scheme resulting in millions of dollars of losses to investors.

Daniel Boice, 41, of Alexandria, Virginia, pleaded guilty to one count of securities fraud and one count of wire fraud before Senior United States District Judge T.S. Ellis III of the Eastern District of Virginia. Sentencing is scheduled for March 19, 2021.

According to admissions made in connection with the plea agreement, beginning in 2015,  Boice fraudulently solicited investments in Trustify, a privately held technology start-up company that connected customers with private investigators. Boice raised approximately $18.5 million from over 90 investors by, among other things, falsely overstating Trustify’s financial performance. Despite representing to investors that their funds would go towards operating and growing Trustify’s business, Boice diverted at least $3.7 million for his own benefit and to fund his lifestyle. This included the purchase of a home in Alexandria, Virginia, travel by private jet, and furnishing a seaside vacation home.

The FBI’s Washington Field Office is investigating the case.  Trial Attorney Blake Goebel of the Criminal Division’s Fraud Section and Assistant U.S. Attorney Russell Carlberg of the Eastern District of Virginia are prosecuting the case.

Individuals who believe they may be a victim in this case should contact the Victim Witness Services Unit of the U.S. Attorney’s Office for the Eastern District of Virginia at 703-299-3700 for more information.