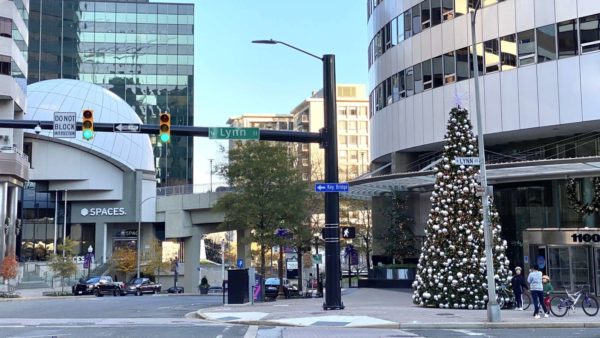 Cristol Recovering from Surgery — County Board member Katie Cristol was absent from this week’s Board meeting. She is on medical leave after surgery to treat Graves’ disease, she said. [Twitter]

Board Balks at Preservation Request — “Efforts to place the 9-acre Rouse estate at the corner of Wilson Boulevard and North McKinley Road into a local historic district appear to have pushed the property owner to move forward with the ‘nuclear option‘… And, county officials say, there is not much they can do to prevent it. ‘Our hands are pretty much tied,’ County Board Chairman Libby Garvey said Dec. 12, effectively rebuffing a request that the county government take stronger actions.” [InsideNova]

Board Responds to Reopening Request — “A request that Arlington County Board members use their influence – whether through sweet-talking or something more forceful – to get county schools back up and running fell largely on deaf ears Dec. 12. Board members said they were working with their School Board counterparts, but had no power to force a reopening of schools that have been shuttered since last March.” [InsideNova]

Local Nonprofit Expands Aid — “Since April of this year [Arlington] Thrive has provided more than $5 million is assistance to 1,300 families and individuals, a dramatic increase from the $805,000 Thrive provided to families and individuals during the same period last year. Typical requests to Arlington Thrive used to be for one or two months rent but since the pandemic now extend to six or seven months.” [Press Release]

Church Continues Drive-Thru Donations — “Clarendon Presbyterian Church recently announced that it will continue holding monthly Drive-thru Food and Toiletry Collections to support our neighbors who are experiencing homelessness. Since the first Collection in June through the most recent one in December, the community donated the equivalent of 756 brown paper bags of groceries – an estimated value of $30,000.” [Press Release]