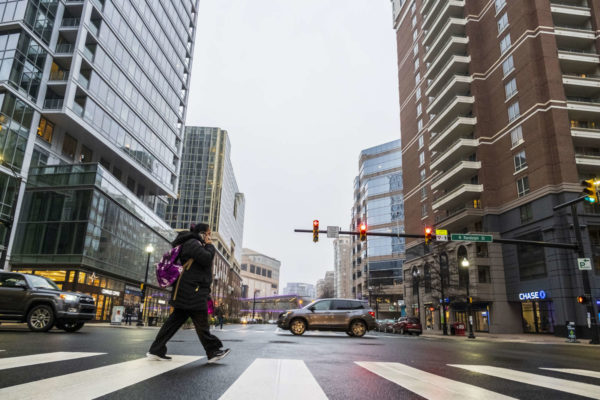 Cell Service Now Available in All Metro Tunnels — “The nation’s major wireless carriers — AT&T, T-Mobile, and Verizon — and Metro today officially announced the final milestone, more than a decade in the making, to provide wireless service for those who use the Metrorail system… The latest activation brings the final three segments online between Dupont Circle in Downtown DC and White Flint in Maryland, the Yellow Line from L’Enfant Plaza to the Pentagon, and Silver Line in Tysons Corner.” [WMATA]

More on Amazon’s Affordable Housing Commitment — “‘The biggest housing challenge Arlington faces is preserving and building affordable housing, and Amazon is helping by creating a lot of affordable housing,’ said Matt de Ferranti, Arlington County Board chair via email. ‘Our budget is hurting as we feel the pandemic economically, but our housing prices for homes and condos and any place to live in the area is still increasing as people think we are a good long term place to live in part due to Amazon. We need the housing right now to avoid displacement.'” [GGWash]

Arlington Scores Well for Fiscal Health — “A new report on the financial condition of the 75 most populous cities ranked Arlington no. 16 in the nation for fiscal health. The report is based on the cities’ 2019 comprehensive annual financial reports, which are not analyzed on this scale by any other organization.” [Patch]

New Book Set in Arlington — There’s a new book, set in Arlington during the COVID era, that “tells the story of a sportswriter and baseball pitcher who decide to enjoy a one-night stand, only to discover that their relationship is something more.” [Mindy Klasky]

Inside Virginia’s Vaccine Struggles — “The state is now apportioning vaccines to local health districts based on their share of the state’s population. Previously, allocations were based on district requests, which often depended on demand and how many doses local health departments thought they’d be able to administer.” [Virginia Mercury]