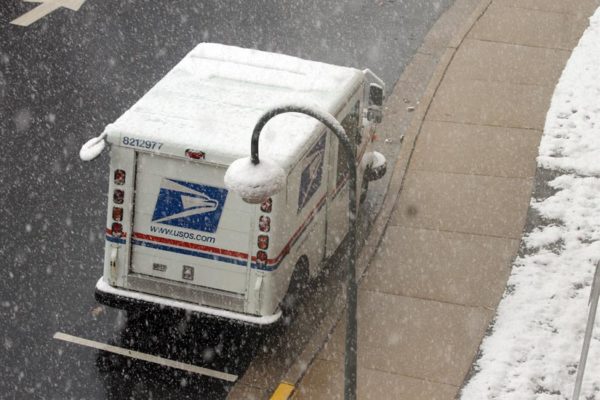 Many locals haven’t been getting their mail in a timely fashion recently and Virginia’s U.S. Senators are deeply concerned.

Yesterday (Feb. 1), Sens. Mark Warner and Tim Kaine sent a letter to the U.S. Postmaster General Louis DeJoy asking why there has been such considerable delays on folks getting their mail.

“We have heard from hundreds of our constituents that recount unacceptable delays in the delivery of everything from Christmas and birthday cards to mail-order medications and credit card bills,” wrote the Senators. “Furthermore, we seek answers about operational decisions and other circumstances that have contributed to such delays and what is being done to prevent future failures.”

Additionally, they asked for the publishing of data about the number of postal workers that have contracted COVID-19 and expediting the delivery of mail-order medications.

The lawmakers note that they believe policy changes implemented this past summer by DeJoy could be contributing.

There was local pushback about these policies, including a rally outside of the Westover post office on Washington Blvd.

When initially calling out these changes — also in a letter — the Senators were then promised that these cost-cutting measures would not be implemented until after the November presidential election.

However, even after the election, these implemented changes have caused a significant delay in mail getting to recipients, particularly to those in the Capitol region, according to court filings.

From Dec. 19 to 31, according to statistics in the filings that the Senators cited in their letter, Northern Virginia residents received less than half of their first class mail on-time. While the holiday crush is surely to be a contributing factor, rates started dropping in mid-September.

This is a dramatic drop-off from even the week of Sept. 5 when residents were getting 88.5% of their first class mail. Even earlier in the pandemic — mid-March through July — about 91% of first class mail was getting to locals in a timely fashion.

The Senators wrote that they have heard from constituents that mail is continually getting stuck at the USPS Processing and Distribution Center in Richmond, sometimes for weeks at a time.

A recent audit by the USPS Inspector General revealed that the Richmond distribution center had the fourth-highest late trip rate of any in the country from July 1 to Sept. 30.

Additionally, from Nov. 1 to Nov. 19, the center underestimated incoming mail volume by two-thirds.

Warner and Kaine blame insufficient staffing and capacity at the distribution center.

“We understand this is likely due to staffing shortages but implore you to create additional contingency plans to ensure a particular delivery route does not miss its mail for days at a time simply because its letter carrier is out sick,” they wrote.

Concluding the letter, Warner and Kaine urge DeJoy to “reverse all operational and organizational changes that have contributed to substantial mail delays.”

This isn’t the only bit of Arlington mail news in recent months. In October, a postal inspector was seen checking drop-off mailboxes at the N. George Mason Drive post office amidst complaints of missing and stolen mail.

The entire letter sent by Sens. Warner and Kaine is below.

We write to express deep concern regarding widespread mail delivery delays across Virginia in recent months. We have heard from hundreds of our constituents that recount unacceptable delays in the delivery of everything from Christmas and birthday cards to mail-order medications and credit card bills. Furthermore, we seek answers about operational decisions and other circumstances that have contributed to such delays and what is being done to prevent future failures.

Especially during the COVID-19 pandemic, the United States Postal Service (USPS) has played a critical role in keeping Virginians connected and safe. Whether it is the delivery of groceries, household necessities, or medications, countless Virginians continue to depend on USPS as a critical link to vital resources. For this reason, we, along with dozens of other lawmakers, wrote to you repeatedly last summer to express our apprehension with respect to operational changes you implemented at USPS without consulting Congress or key postal stakeholders, including unions. In response to these concerns, you temporarily halted some, though not all, of the operational changes planned until after the November 2020 election. In correspondence from August and September 2020, you assured us that changes to insist mail carriers operate strictly on schedule and eliminate extra trips had resulted in only a “temporary service decline.” You also noted your plans to resume operational changes, such as the removal of mail-sorting equipment and collection boxes after the November election. In light of this information, we are deeply troubled to see that mail delivery has once again precipitously declined across Virginia, this time to new lows, according to public court filings.

In more recent correspondence from your office, USPS government liaisons have cited the historic surge in holiday mail, temporary personnel shortages related to the COVID-19 pandemic, and capacity challenges as contributing factors to recent delays. While we appreciate USPS’s efforts to hire seasonal workers, add delivery and retail hours in select locations, and lease extra vehicles, it is clear that USPS leadership’s interventions have thus far been insufficient in matching its operational challenges.

While we seek a general explanation of the factors contributing to substandard delivery rates, we also seek an explanation with respect to two specific issues raised by our constituents. First, dozens of our constituents, particularly in the Eastern region of our state, have tracked packages and mail that have been stuck at the USPS Processing and Distribution Center (P&DC) in Richmond, Virginia, sometimes for weeks at a time. This facility serves hundreds of thousands of our constituents across the Commonwealth and is critical in keeping much of our state connected. Insufficient staffing and capacity at such an essential outpost in Virginia’s mail system have profound consequences. A recent report from the USPS Office of Inspector General found that Richmond P&DC had the fourth-highest late trip rates among P&DCs nationwide and underestimated incoming mail piece volume by 66% in its operations plans. Relatedly, many of our constituents in all corners of the Commonwealth are reporting that they are not receiving any mail for days or weeks at a time despite the Informed Delivery system indicating they are receiving mail. We understand this is likely due to staffing shortages but implore you to create additional contingency plans to ensure a particular delivery route does not miss its mail for days at a time simply because its letter carrier is out sick.

In addition to playing a vital and constitutionally mandated role in the life of every American, the Postal Service also directly supports nearly 17,000 jobs in Virginia. These letter carriers and postal workers deserve our gratitude for their remarkable service in these extraordinarily difficult times. We understand USPS has worked to establish COVID-19 protocols to equip its workforce with the necessary Personal Protective Equipment (PPE) and heightened sanitation standards. However, it has been difficult to ascertain the impact of COVID-19 on the USPS workforce. Unlike other federal agencies like the Department of Defense and the Federal Bureau of Prisons, the Postal Service maintains no public repository on the COVID-19 case levels amongst staff across postal areas and districts. We stand committed to marshalling federal resources towards our postal workers in areas where staff has been hard hit but cannot do so without reliable information sharing from USPS.

In light of the tremendous challenges facing the Postal Service during the COVID-19 pandemic and the failure of its leadership to ensure the timely delivery of mail in recent weeks and months, we urge you to immediately reverse all operational and organizational changes that have contributed to substantial mail delays. We also urge you to collect and publish aggregate data on confirmed COVID-19 cases among postal workers by Postal Area so public health agencies, Congress, and USPS can better surge targeted support towards regions facing substantial staff shortages. Finally, we urge you to review and implement processes to expedite the delivery of mail-order medications in an environment of widespread delays.

It is our belief that the Postal Service has an acute responsibility, especially while Americans attempt to weather unprecedented health and economic crises, to live up to its mission of “prompt, reliable, and efficient services to patrons in all areas.”

To that end, please answer the following questions by February 11, 2021:

2. Has USPS continued to pursue operational changes that contributed to mail delays over the summer, including eliminating most “extra trips” to a single delivery site and disallowing letter carriers to wait for all of their mail at a distribution center?

4. Now that the holiday surge is over, what efforts is USPS undertaking to ensure mail service, particularly for first-class mail and packages, improves during the coming weeks? Will USPS pursue initiatives to locate packages and mail that are significantly delayed (more than two weeks beyond expected delivery) to expedite their processing and delivery as soon as possible?

5. Please share any data you have on the delivery rates of mail-order medications in Virginia and nationwide. What actions has USPS taken and does it plan to take to prioritize pharmaceutical package service performance in light of mounting mail delays?

6. Please share relevant data on the performance of the Processing and Distribution Center in Richmond, Virginia. What factors have contributed to substandard performance? Is the Richmond P&DC experiencing significant staff shortages?

7. How many USPS employees have contracted COVID-19 nationwide and in Virginia? Will USPS release aggregate data on postal worker cases by Postal Area, similar to the Department of Defense or Department of Veterans Affairs?

8. What actions has USPS taken and does it plan to take to address staffing shortages, particularly of postal workers delivering mail? Are there other organizational challenges that would explain why constituents would not be receiving any mail service for days or weeks at a time?

9. What can Congress do to support USPS in its critical efforts to keep Americans healthy and connected during these uncertain times? Are there additional federal resources that would be helpful in mitigating the spread of COVID-19 among postal workers?

10. Does USPS have plans for further “organizational realignments” similar to the efforts undertaken in July and August? If so, can you please discuss such plans as well as associated efforts by USPS to meaningfully engage with relevant stakeholders, including unions and mailing industry stakeholders?