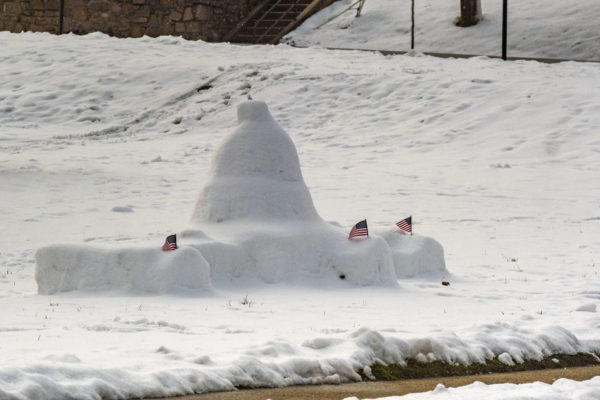 More Back-to-School Dates Expected Soon — “We look forward to welcoming Level 2 Career & Technical Education students to the Arlington Career Center for hybrid/in-person instruction starting [today]. We continue to assess additional student return dates… The next group to return will be Level 2, PreK through second grade and countywide elementary special education students. Return dates for this group will be communicated at the Feb. 18 School Board meeting.” [Arlington Public Schools]

Arlington Rent Declines Slowing — “Arlington’s COVID- and shutdown-caused drop in apartment rents appears to be hitting bottom for now, according to new data from Apartment List, but the county’s rental market is still significantly more affordable than before the pandemic. For the year ending in January, rents in Arlington were down 14 percent from a year before… the drop from December to January was just 0.5 percent, lower than in preceding months.” [InsideNova]

Arlington Ranks No. 14 in ‘Walk-Friendly’ List — “About 30 years ago, Arlington took the lead in suburban redevelopment in Virginia, creating walkable urban areas around the metro system. Now that momentum has pushed Arlington (and its most walkable neighborhoods of Clarendon-Courthouse, Ballston-Virginia Square, and Lyon Village) into the top walkable cities — something we can expect to continue when Amazon moves in.” [MSN]

Hope’s Prison Oversight Bill Dies — From Del. Patrick Hope (D): “This is not the end — only the beginning. Every agency in Va must be transparent and accountable to the public which they serve. We will regroup and come back next session with a bill that prioritizes [Virginia Dept. of Corrections] oversight.” [Twitter]

Case of the Stray Hockey Sticks — A shipment of hockey sticks destined for the Washington Capitals practice facility in Ballston, to be used by new Caps acquisition Zdeno Chara, was apparently mis-delivered to a random New Jersey man’s home. [ESPN, Barstool Sports]