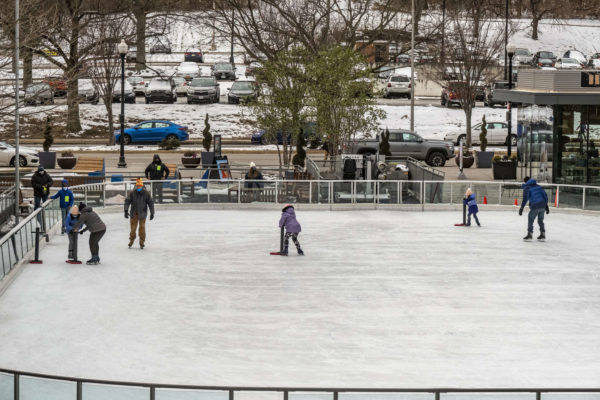 No APS Return Dates Yet — “Alexandria City Public Schools this week joined a flood of Northern Virginia school systems in setting firm timelines for reopening classrooms, vowing to welcome all students back for in-person learning by mid-March. But in Arlington, school officials aren’t committing to return dates just yet.” [Washington Post]

Summer School Appears Likely — “Gov. Ralph Northam on Friday will announce a plan to extend the school year into summer to allow students to catch up. The announcement will come during an 11 a.m. news conference, Northam said during a Thursday morning interview with Washington Post Live. No details have yet been released. ‘We’re working with our teachers, our school boards, our superintendents. It has to be a top priority,’ he said.” [InsideNova]

Karantonis Running for Reelection — “Although his announcement was temporarily derailed by a snafu too common in the Zoom era, Arlington County Board member Takis Karantonis on Feb. 3 formally kicked off his bid for re-election with comments before the Arlington County Democratic Committee.” [InsideNova]

Napoli Salumeria’s D.C. Location Closing — “The restaurant has decided not to renew their lease at their current location, so they are temporarily closing their Columbia Heights doors as they search for a new DC location. In the meantime, guests can still get the full Napoli Pasta Bar menu at Napoli Salumeria in Arlington starting next week (including dine-in). Napoli Pasta Bar will also offer free delivery for DC residents within a certain radius from Napoli Salumeria.” [PoPville]

Editorial: No Counterbalance Against Tax Increases — “The government’s Fiscal Affairs Advisory Commission effectively has been gelded; the Arlington County Civic Federation is trying to keep up but is not the budget-watching powerhouse it once was; the Arlington County Taxpayers Association effectively died with its leader, Tim Wise; and serious budget discussions almost never even come up within the intra-Democratic nomination contests that determine who will hold elected office.” [InsideNova]

Virginia May Abolish Death Penalty — “Virginia is poised to become the first state in the South to abolish the death penalty, a sign of ascendant liberal political power in a state that has executed more people since the 1970s than any other except Texas.” [New York Times]