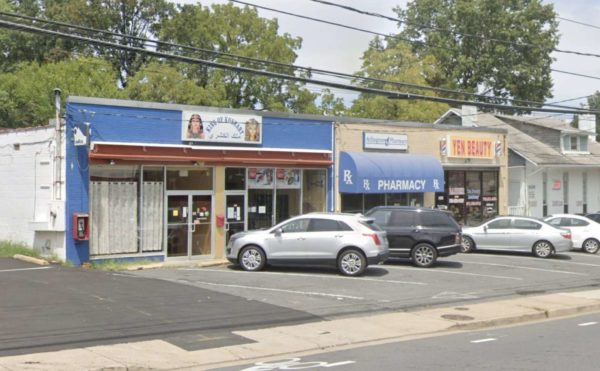 Arlington County police are investigating a number of businesses break-ins along Wilson Blvd, west of Ballston.

Thieves broke into businesses in the Bluemont and Dominion Hills neighborhoods early Tuesday and Wednesday mornings. The first series of burglaries happened either at or near the Dominion Hills Centre shopping plaza.

From a crime report:

BURGLARY (series), 2021-02160033/02160034, 6000 block of Wilson Boulevard. At approximately 4:12 a.m. on February 16, police were dispatched to the report of an alarm. Upon arrival, it was determined that the unknown suspect(s) attempted to force entry to a business unsuccessfully, causing damage. While investigating, police located a second business, which the suspect(s) forced entry to, causing damage. Nothing was reported stolen from either business. There is no suspect description(s). The investigation is ongoing.

On Wednesday morning, meanwhile, thieves broke into a small strip of businesses in the Bluemont neighborhood, along the 5500 block of Wilson Blvd.

Readers tell us that a restaurant, a salon and a barbershop were among the businesses burglarized.

“Yen Beauty/Don Barber and King of Koshary appeared to have had their glass front doors smashed in,” one reader told ARLnow yesterday. The Arlington County Police Department typically does not reveal the exact addresses or names of businesses that were the victims of crimes.

BURGLARY (Series), 2021-02170023/0114/0115, 5500 block of Wilson Boulevard. At approximately 5:34 a.m. on February 17, police were dispatched to the report of a breaking and entering. Upon arrival, it was determined that unknown suspects forced entry into three businesses, causing damage. Two cash registers, electronics and an undisclosed amount of cash were stolen. The investigating is ongoing.