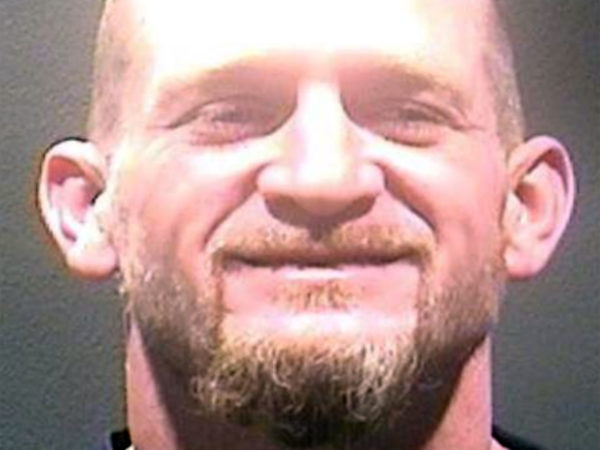 A man arrested for what was initially described as the “discharge of a firearm” in Rosslyn early New Year’s morning was heavily armed and determined to confront Black Lives Matters supporters, according to new reporting.

A search warrant affidavit obtained by The Auburn Citizen, a newspaper near suspect Moses Geri’s home in central New York state, suggests that he became enraged after fellow guests in his hotel shouted “Black lives matter” at him.

The initial report of the shooting only said that Geri was drunk and firing gunshots in the air, in what one might have interpreted as misplaced New Year’s revelry.

From an Arlington County police press release on Jan. 1:

At approximately 1:48 a.m., police were dispatched to the report of a person with a gun in the 1500 block of Clarendon Boulevard. While en route to the location, a lookout for the suspect was broadcast and officers observed the suspect on the sidewalk holding a firearm as they arrived on scene. The suspect was compliant and taken into custody without incident.

The investigation determined that the victim was in their hotel room when they heard gunshots outside. Upon looking outside, they observed the suspect outside pointing a firearm upwards towards their window. The suspect then entered their vehicle, retrieved a second firearm, and was observed by the victim pointing it upwards again. Nobody was injured and no damage to property was reported.

The Citizen reports that Geri, seen smiling in his mugshot, may have had more sinister motives: to confront those who support the Black Lives Matter movement.

Geri told police he fired the shots, according the report, after arguing with several people on a hotel balcony.

According to the affidavit, Geri had drunk a quarter of a bottle of moonshine when, around 2 a.m. Jan. 1, he was seen walking around the Rosslyn hotel with a chrome-plated .44 magnum pistol holstered at his hip. When asked why he was carrying the gun — by individuals the affidavit identifies as “minorities” — Geri gestured at them and said it was to protect himself from them.

Geri then left the hotel, retrieved a rifle from his pickup truck and got into an argument with the same individuals, the affidavit continues. The individuals, who were on their balcony, claimed Geri pointed the gun at them. He then fired at least two rounds into the air, which he later admitted to Arlington County police. When they responded to the scene, they found him in possession of five spent shell casings matching the caliber of the rifle. He was also found in possession of three firearms and several edged weapons, and the search of his truck three days later would reveal more than 800 rounds of ammunition, including 5.56 mm armor piercing, soft point and white phosphorus tracer rounds. Geri possessed a shovel, canteen and tactical clothing as well.

Additional reporting suggests that Geri was in the D.C. area to take part in the pro-Trump protests that would turn into the Jan. 6 attack on the U.S. Capitol. According to The Citizen, Geri told police that he had a snow plow attached to the front of his truck because “You don’t know what you are gonna come across down here… These Black Lives Matter activists are shooting other people and I don’t want to take it anymore.”

According to court records, Geri is pleading guilty to a felony charge of firing a gun within 1,000 feet of a school and is scheduled to be sentenced in Arlington County Circuit Court on April 23.

A police department spokeswoman referred questions about the affidavit to Arlington General District Court, though courts are closed today due to the weather. ARLnow is awaiting further comment from the Arlington Commonwealth’s Attorney.