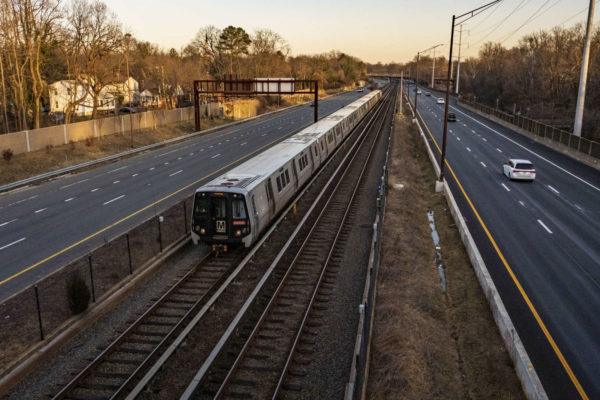 Metro is asking the public to weigh in on possible options for drastic service cuts, including potentially closing several Arlington stations in January 2022.

On Wednesday Metro announced that the public comment period for its 2022 fiscal year budget had officially opened.

With it, they are asking riders to fill out a survey about what options they’d be willing to deal with beginning on Jan. 1, 2022 if more federal money is not received.

The options on the survey include closing Metrorail every day at 9 p.m, trains arriving only every 30 mins at most stations, and shuttering up to 22 stations that have low ridership or are near others.

These were the same stations that were closed earlier in the pandemic due to lower ridership and construction.

The survey also asks about prefered options for cutting Metrobus service, including a number of lines that run through Arlington and Northern Virginia.

Proposals include consolidating the bus system into 50 lines that serve only the highest ridership routes as well as limiting overall service to about half of pre-pandemic levels.

Metro is asking riders to fill out the survey by Tuesday, March 16 at 5 p.m.

The potential cuts come as Metro continues to say they are facing a significant budget shortfall if no additional federal money is received — a shortfall caused in large part by decreased ridership during  the pandemic.

The Washington Metropolitan Transit Authority says ridership has decreased by 90% overall on Metro.

Back in December, Metro was promised more than $600 million in the latest coronavirus relief package. That funding, notes Metro, has helped to avoid layoffs, provide essential service, and prepare for riders returning.

But even with that funding and other austerity measures, “there is not enough money to fill the entire budget gap for the fiscal year that begins July 1, 2021,” Metro’s press release says.

There’s a decent chance, however, that this public survey will become moot.

President Biden’s $1.9 trillion stimulus plan has $20 billion earmarked for public transit agencies. At this time, however, it remains unclear how much would go to Metro if the plan does pass in Congress.

“Arlington agrees with Metro that federal funding is essential to ensuring that the sort of drastic cuts that could profoundly impact Metro in Arlington will not have to be made,” writes Arlington Board Chair Matt de Ferranti in a statement to ARLnow. “Our Senators and Representatives fully support Metro funding in the federal legislation currently under consideration on Capitol Hill. We are grateful for their critical leadership and are staying in close contact to ensure this critical federal support for our community gets enacted and appropriated. ”

In recent weeks, though, service changes have already come to Metro based on the revised 2021 budget approved in November.

Starting last week, trains started coming every 12 mins on the Orange, Blue, Silver, and Yellow lines. However, Metrobus will start expanding service beginning on March 14. Buses are being added on 125 lines and weekend service is being expanded.