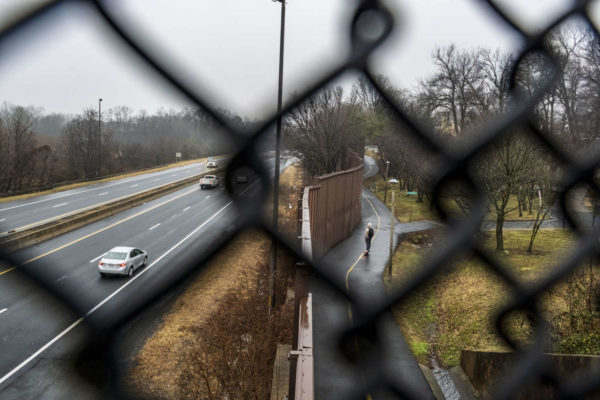 Rainy, Then Windy Today — Updated at 8 a.m. — From the National Weather Service: “Rain will end later this morning into this afternoon from northwest to southeast. However, gusty winds will develop and river flooding is expected along portions of the Potomac River and nearby tributaries.” [Twitter]

Freddie’s Expanding to Delaware Shore — “Freddie’s Beach Bar, the gay bar that has been operating in the Crystal City section of Arlington, Va., since 2001, is planning to open a new version of itself in Rehoboth Beach in time for Memorial Day weekend, according to owner Freddie Lutz. Lutz said that similar to the Freddie’s in Arlington, the Rehoboth version will operate as a restaurant and bar with entertainment that is expected to include karaoke, drag bingo, and possibly drag shows.” [Washington Blade]

AG Candidate Wants to Intervene in Local Cases — “A candidate for state attorney general says that, if elected, he’ll press for the authority to step in when local prosecutors will not act on specific cases. ‘George Soros-backed commonwealth’s attorneys are not doing their jobs,’ Del. Jason Miyares (R-Virginia Beach) said in remarks to the Arlington County Republican Committee.” [InsideNova]

Local Restaurants Make New Washingtonian List — A half dozen Arlington restaurants are among a new list of “61 Neighborhood Restaurants That Make the DC Area a Better Place to Eat — and Live.” Among them: The Green Pig, Lebanese Taverna, Los Tios Grill, Medium Rare, Nam-Viet, and Pupatella. [Washingtonian]

Church Providing Food to Those in Need — “The Cathedral of St. Thomas More in Arlington hosted its first Mobile Market Feb. 25 in conjunction with the Capital Area Food Bank to serve those dealing with food insecurity. This drive-thru food distribution provided nonperishables as well as fresh produce including fruits and vegetables. The monthly market originally was scheduled to begin Feb. 18 but was delayed due to inclement weather.” [Arlington Catholic Herald]

Bouncers Recognized for Spotting Fake IDs — “Tonight the Arlington Restaurant Initiative, Washington Regional Alcohol Program and Responsibility.org recognized staff from Don Tito and Whitlow’s on Wilson for their excellence in detecting false identifications and preventing underage drinking. We commend the recipients for their dedication to safe service and responsible alcohol consumption.” [Facebook]

Crystal City Company Planning IPO — “Leonardo SpA is moving forward with an initial public offering for its Arlington-based defense electronic systems subsidiary. The Italian defense and space contractor filed its plans Friday with the Securities and Exchange Commission. The unit will be listed on the New York Stock Exchange under the ticker ‘DRS.'” [Washington Business Journal]