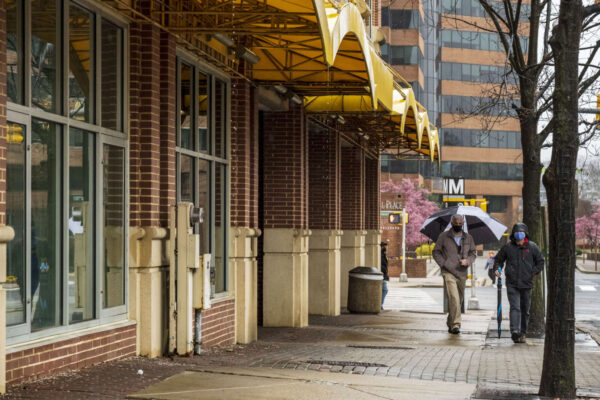 County Still Prepping for Preservation Hearing — “Even though the razing of the Rouse estate may be at hand, the Arlington County government’s historic-preservation staff is taking the steps necessary if public hearings on preservation of the site go forward in April… But nearly all parties now expect that the buildings on the 9-acre site will be razed before those hearings occur.” [Sun Gazette]

Preservationist Compares Estate to Auschwitz — Tom Dickinson, who’s leading the charge to save the Rouse estate, directed the following statement to the County Board over the weekend, referencing the likelihood that enslaved people built part of the estate: “If you, the board, do not intervene to stop this destruction of this sacred site, your individual and collective legacy will be stained forever by a lack of honor and respect for those who labored and suffered to create these structures at this site, and the desecration of them… It would be the equivalent of allowing the destruction of the crematory ovens at Auschwitz.” [Sun Gazette]

Northam Further Easing COVID Restrictions — “Governor Northam has further amended Executive Order 72 to modify public health restrictions in place to prevent transmission of COVID-19. These changes come as Virginia’s vaccination rate is steady and case counts are fluctuating. Effective April 1, limits on social gatherings will increase from 10 to 50 for indoor gatherings, and from 25 to 100 for outdoor gatherings.” [Arlington County]

Arlington Free Clinic’s Vaccination Effort — “Officials and community organizations are scrambling to close this racial gap in vaccine access. One such organization is the Arlington Free Clinic, which serves uninsured adults, many of them undocumented immigrants, in Arlington County. The clinic is holding vaccination days twice a week and working with other local social service organizations to develop an alternate pathway for low-income communities of color to get vaccinated.” [WAMU]

Former AP Bureau Chief Dies — “Charles Lewis, a former Washington bureau chief for The Associated Press and The Hearst Newspapers who tirelessly advocated for the release of AP journalist Terry Anderson from kidnappers in Lebanon, died Saturday. He was 80. Lewis, of Arlington, Virginia, died at a hospital from complications from cancer.” [Associated Press]