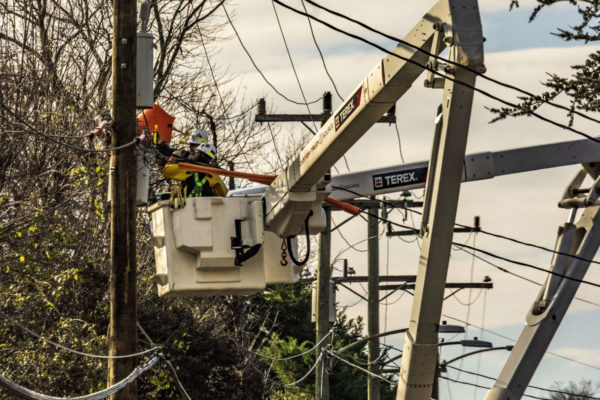 Arlington Startup Founder Going to Prison — “An Arlington start-up that promised to help people root out schemes and scams in their own lives was, nearly from the start, a cash cow for the founder’s extravagant lifestyle, start-up CEO Daniel Boice acknowledged in Alexandria federal court Friday… ‘It would be difficult to describe the havoc you created by your fraudulent actions,’ Judge T.S. Ellis III said before sentencing Boice to eight years in prison. ‘It’s an egregious fraud.'” [Washington Post, Dept. of Justice]

Bad Crash on GW Parkway — “A car split in half after crashing into a tree near the First Overlook [of the] George Washington Memorial Parkway Sunday morning, U.S. Park Police confirms. The driver of the car was the only one in the vehicle and was immediately taken to a nearby hospital. U.S. Park Police say their injuries are non-life-threatening.” [WUSA 9, Twitter, Twitter]

Pro-Reopening Parents Blast APS Superintendent — “During the Monitoring Report from Dr. Durán to the School Board, we heard that due to “monumental logistical challenges,” APS will remain hybrid for the remainder of this academic year… Arlington Parents for Education urges the School Board to vote on an urgent and rapid return to school plan when they meet again next — or, if not, propose a vote of no confidence in Dr. Durán for failing to deliver such a plan.” [Press Release]

Group Wants to Save Whitlow’s Building — “As you have seen in the news, Whitlow’s is planning to relocate due to being unable to renegotiate their lease at 2854 Wilson Blvd. However, the building is for sale and presents an investment opportunity and chance to keep Whitlows at its historic location. This form is simply to gauge interest in being part of a group to purchase the building, and is not a commitment to forming any business arrangement, putting up capital, or the like.” [Google Forms, Twitter]

Early Voting Locations for Primary Set — “Members of the Arlington Electoral Board on March 25 approved plans for two satellite-early-voting centers to be used in the runup to the June 8 Democratic primary. Walter Reed and Madison community centers previously had been designated as the locations for early voting by the County Board. The March 25 action set days and hours they will be in operation, although refinements could still be made.” [Sun Gazette]

Local Gov. Candidate Wants to Nix Income Tax — “Could Virginia’s next governor be from Arlington? It’s a longshot, perhaps, but there’s at least one candidate in the running. Arlingtonian Peter Doran on March 24 made his pitch to the Arlington County Republican Committee, saying new thinking is needed if the GOP is to end its drought in statewide elections… Doran pitched the idea of eliminating Virginia’s state income tax.” [Sun Gazette]