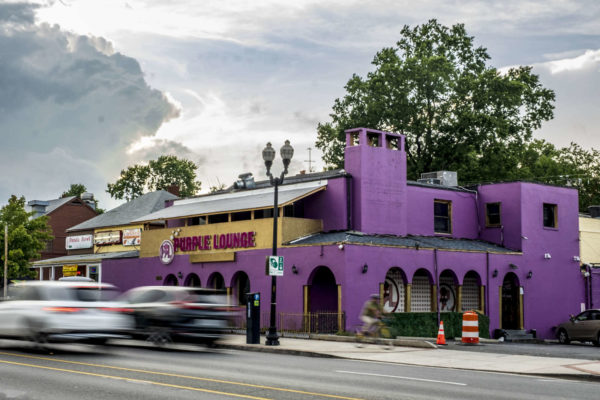 A new local business owner is taking over the troubled, former Purple Lounge location and is pledging to make it family-friendly.

This new restaurant will be an “authentic celebration of Arabic culture,” featuring decor, seating, and a menu inspired by Mansour’s roots. He tells ARLnow that he’ll make the new establishment “more family-friendly” and won’t be serving alcohol.

“I just want to provide a different vibe to the Pike,”said Mansour, who was born in America to a family originally from Jerusalem. “Also, that’s just not me. I’ve never drunk liquor… It’s against my religion.”

Plus, he says, the customer base at Legend Kick is predominantly 19 or younger, so he wants an establishment that complements his other business.

“Literally, five feet from our back door are houses,” he says. “‘It gives the community a peace of mind as well. There’s not going to be a lot of chaos.”

Mansour noted that, instead of alcohol, traditional Arabic teas, coffees, and desserts will be served. In fact, he’s bringing in a chef from Ramallah to help build out the menu.

“The Chef is well known in the village of Ramallah,” Mansour said, as quoted by CPRO. “He’ll be here for six months to help us build the menu.”

Mansour is working on repainting the exterior from purple to a “beige, brick-color.” Interior renovations are ongoing, as well, but the work has been challenging since the building was not kept in good shape.

“The last people here really, really screwed this place up,” Mansour says. “The exterior of the building is damaged, the plumbing is messed up… they were never up to date with any type of inspection. They didn’t even have fire extinguishers in the place.”

For years, the nightlife venue Purple Ethiopian Restaurant & Lounge was the site of a number of incidents, including multiple shootings. The situation got so dire that a bill was passed by the General Assembly and signed by Governor Ralph Northam that gives communities greater say over the issuance of liquor licenses.

Despite the building challenges, Mansour expects Eska to open by June 1, a prospect that excites local business boosters.

“CPRO is thrilled to have a new business coming to this location that embodies the spirit of Columbia Pike — a celebration of community, family, and the diverse cultures that make up our amazing corridor,” Kim Klingler, Executive Director of CPRO, tells ARLnow. “And we are proud to see a Columbia Pike small-business owner continue to grow and invest in our community.”

Mansour’s other business Legend Kicks & Apparel, a popular store focused on reselling high-end athletic gear, was a victim of arson and theft back in 2018. Later that year, the store reopened in a new location, a few doors down from the original one, which was severely damaged in the fire.

Mansour says that he’s currently looking for a new location for Legend Kicks, since a multi-use development is being planned for that block. He says his lease runs until January 2022, but expects to keep Legend Kicks in the Columbia Pike corridor