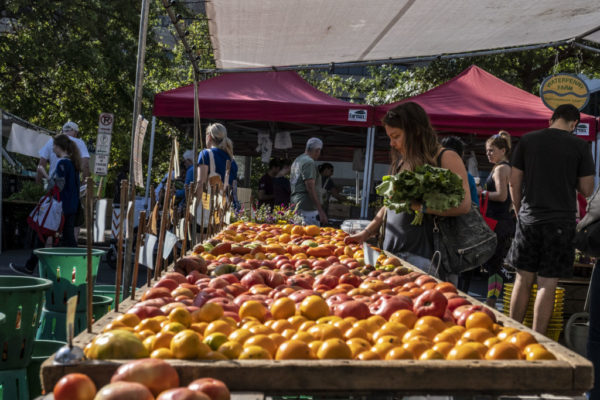 Grab a basket and brush up on your produce-scoping skills, it’s farmers market season once again.

A number of Arlington farmers markets have or will be opening for the season in the coming days, including:

Several other farmers markets will be opening in the weeks to follow, including:

Three Arlington farmer markets are open year-around, though with shifting hours depending on the season including:

The Courthouse farmers market is the oldest in Arlington, selling produce since 1979. All of the markets will have modified operations, including limited capacity, as a result of the pandemic.

The Marymount University farmers market closed last year and is not currently operational, a county official confirms. It opened in 2016, billing itself as the only Arlington market north of Lee Highway.

Despite being encouraged to offer pre-ordering, markets are open for in-person shopping. This is a change from early last year, at the start of the pandemic, when markets were briefly shut down and then allowed to open for pre-ordered sales only.

END_OF_DOCUMENT_TOKEN_TO_BE_REPLACED

More Stories
Local IT Management Company Hits Stride After Years of BuildingProgressive Voice: “I Feel Like You Really Are My Grandma”