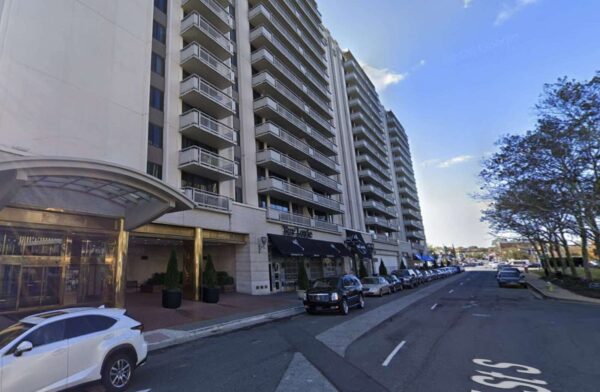 As if the menace of bowling brawls were not enough, now residents of a Crystal City apartment building have to deal with rolling bras.

Last week ARLnow reported on a community meeting organized by police to discuss rowdy behavior outside a bowling alley in Crystal City that opened last summer. This past Tuesday, that very same block of 23rd Street S. was the scene of a reported indecent exposure incident.

“At approximately 11:22 p.m. on April 6, police were dispatched to the report of an exposure,” said an Arlington County Police Department crime report. “Upon arrival, it was determined that the victims were on the balconies of their residences when they observed the female suspect dancing on the hood of a vehicle. During the event, the suspect lifted her sports bra, exposing her breasts.”

It’s unclear what role, if any, the bowling alley played in the incident. But the victims were residents of The Buchanan, the same apartment building that has had complaints about boisterous bowlers.

Police say the woman was wearing “a blue/green wig, lime green sports bra, teal tank top and blue jeans” at the time of the alleged dancing and flashing.

“The investigation is ongoing,” ACPD said.