When Megan Gray was diagnosed with epilepsy at age 23, doctors told her she could never drive again.

She had to get rides from family and friends or hail Uber and Lyft drivers. Forgetting something at the grocery store meant more hassle than returning was worth and calling a car got expensive.

“Becoming epileptic changed my life,” Gray said. “People don’t realize how important driving is until you need it and can no longer do it.” 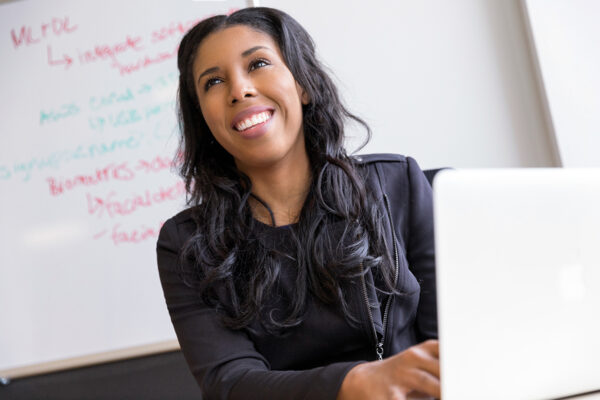 Rather than give up her independence, however, she decided to create a technology that could help her. Once she did, Gray founded Moment AI, which is developing an artificial intelligence system that can detect, monitor and analyze human health abnormalities that occur on the road.

“Moment AI can change the way drivers drive by providing the vehicle with more knowledge than it ever has had before about the driver’s health,” she said. “Our algorithms are made to adapt to the unique drivers in the U.S. Our goal is to provide more access to driving to people who have disorders.”

Gray tinkered in her 500-square foot apartment with technology she bought from Amazon using money she made playing poker. Her circle of epileptic friends tested out her technology along the way.

Once she established her company and brought on a co-founder, Gray said investors took notice. Within a year, SoftBank — the multinational Japanese company that runs the world’s largest venture capital fund (and famously invested big in WeWork) — backed her.

Another high-profile investor is Nvidia Corporation, which helped to develop the AI technology in Tesla vehicles.

And now, Moment AI is partnering with Samer Hamdar, an associate professor of civil and environmental engineering at the George Washington University, to create a prototype of an in-vehicle AI system that could detect the start of a health problem, take control of the car and guide the car and driver safely to the side of the road.

“Mobility and certain core services should be available to all people, including those with health problems and demanding work environments,” Hamdar said in a press release. “Moment AI is a special project: it showcases the need for transportation equity and builds on a personal story to launch an academic-industry partnership that may have a significant impact on the lives of many in need.”

Now, Gray and her team have access to vehicles, simulators and graduate students to develop this potentially life-saving tech. Hamdar and his team will use driving simulators to create images and videos to train AI systems to predict and detect fatigue, seizures, strokes and heart attacks.

“We literally went from my living room to a WeWork in Arlington and now, a research lab in D.C.,” she said. “It has been pretty fast-paced.” Moment AI is headquartered at the WeWork in Rosslyn, after moving from the Crystal City WeWork, which recently closed.

Gray is also working on a way to get the tech into existing cars for those who cannot afford a new car with built-in AI. 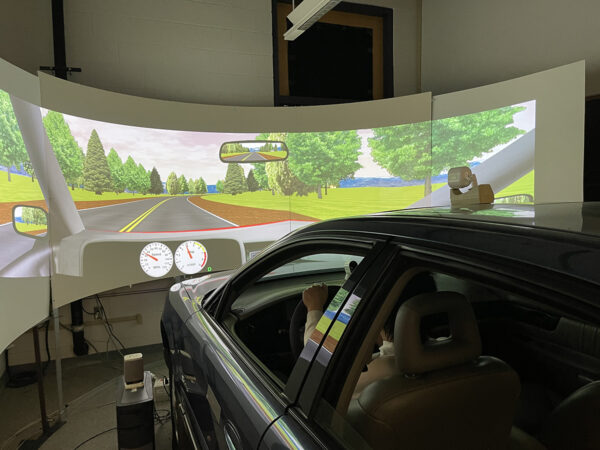 The founder and CEO is the first woman and first African American to partner with the GWU transportation lab. In addition to breaking down such barriers, she is particularly proud that a record number of graduate candidates applied to work on her project with Hamdar.

Work is harder for Gray, who has to push through excruciating migraines and the occasional seizure. She has to get enough sleep and balance her sugar intake, as sleep deprivation and imbalanced sugar levels can cause seizures.

But she never gives her team excuses because she knows her employees depend on her making it in a field dominated by white, typically abled men.

One seizure happened the morning of an important meeting. After doctors injected her with medicine and released her, she took off her bandage, put on a blazer and took her seat at the meeting.

Gray has also faced instances of surprise and bias as a Black woman in AI. She said investors have told her “I’ve never seen a woman do this before” and people have suggested that her cofounder, “a white, all-American boy,” should lead the company.

“I’m showing what women can do in the tech space where women aren’t used to being and I’m also showing what someone with a disability can do,” she said.”It’s definitely a balance but I know it’s for more than for myself: I have a chance to make history for women, for African Americans and people with disabilities.”