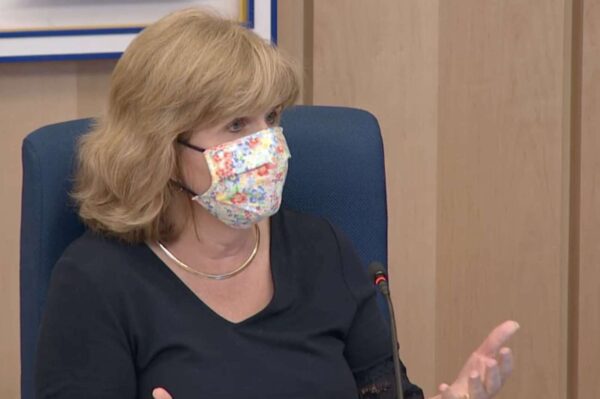 Arlington Public Schools is apologizing for how it handled the news that it would have to restrict summer school eligibility.

At first, the school system expanded summer school eligibility to students with disabilities, English learners, and those struggling to achieve passing grades. That was until it turned out that there are not enough teachers to support them.

Last Monday, APS told parents and teachers that “despite having offered financial incentives to teachers to teach summer school, there are fewer applicants than the number of students who are eligible for summer instruction at the elementary level, making it impossible for APS to offer summer strengthening support to all eligible elementary students.”

Teachers and parents decried the news, which dropped last Monday. Teachers said it sounded like they were being blamed for the reduction in eligible students. Arlington Parents for Education, a group that has pressed for a faster reopening, said APS “pulled the rug out” from under parents banking on summer school to help their kids recover from learning loss.

Bridget Loft, the assistant superintendent for teaching and learning, apologized for the first sentence of her communication during a town hall on summer school last night (Monday). The sentence was also removed from the original announcement.

“It was poorly worded and did not accurately represent the fact that our teachers have worked tirelessly to support our students throughout this school year,” she said.

One teacher who spoke with ARLnow said a similar retraction was sent to teachers but noted that the apology was not shared with the larger community.

“In a time when every teacher is truly learning how to do something new daily, it was seen as if teachers were thrown under the bus,” the teacher said.

APS offered a $1,000 bonus for certified teachers and a $500 bonus for support staff to attract more personnel to participate in the summer program. But after a challenging year, that incentive did not produce the response APS was hoping for.

“I did not hear from a single teacher who said that the $1,000 was enough to sway those who were uninterested in summer school off the sidelines,” the teacher said. “For those who were going to do it anyway, it was a nice perk.”

This is a phenomenon happening across the nation. Education Week reports that throughout the U.S., school districts face staffing shortages because teachers have worked nonstop during the pandemic and need a break.

“Summer school staffing always seems like challenge and the pandemic makes it much worse,” the APS teacher said. “The best word to describe most teachers is ‘done’ for this year. Most want to start fresh in the fall.”

Loft repeated those sentiments during the town hall.

“Most of our teachers have given their all,” she said. “I would be loath to say it’s burnout: They are human they need time to rest and recharge.”

More than 5,000 elementary-level students were identified as potentially eligible for summer school this year, but APS only has enough staff to enroll some 1,900 students, Loft said. Now, the school system is drumming up supplemental materials and at-home lessons for about 3,000 previously identified students.

In a normal year, between 2,000 and 2,500 elementary-age students are identified for summer school.

APS has hired 175 summer school teachers for the elementary level and is still hashing out eligibility and staffing at the middle and high school levels, staff said.

The elementary students who are still eligible will be in-person or online five days a week, for four hours a day, during the month of July. They include rising kindergarteners in APS’s Pre-K program, certain students with disabilities, English-language learning students, and those with the lowest levels of English proficiency.

The rest will have access to self-guided lessons taught by state-certified teachers and supplemental programs through their electronic devices, Loft said.

As for the middle and high school level, Director of Secondary Education Tyrone Byrd projects having enough staff.

“Right now, we’re envisioning we’ll be able to support students who sign up,” he said.