Headquartered in Rosslyn at 1919 N. Lynn Street, Higher Logic creates online forums for companies, nonprofits and member-based organizations. By acquiring Vanilla — which helps brands engage customers and increase their loyalty while reducing costs — the company said it will be able to serve more customers than any other community solution of its kind.

“At a time when human connection is more important than ever, Higher Logic will expand its offering to customers across new markets and geographies,” the company said in a press release. “Together, Higher Logic and Vanilla will give its customers more choices with purpose-built community engagement solutions that meet the needs of their use case, industry and users.” 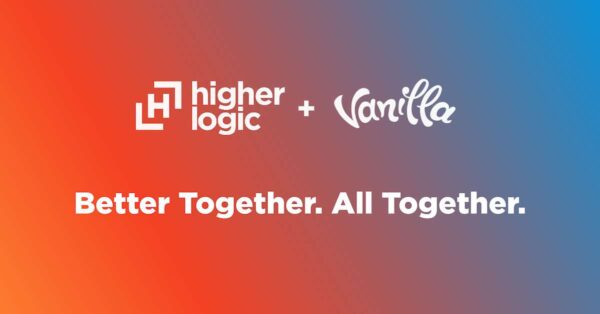 “Our scale, profitability, and accelerating growth will allow us to increase our investment in both the association and corporate markets and continue to build industry-leading engagement solutions that connect people, knowledge, and ideas,” Boyce said in a press release. “We are excited to welcome the Vanilla team into the Higher Logic family.”

Vanilla is the sixth company that Higher Logic has acquired since its founding in 2007. Last year, it acquired Customer Imperative, a South Carolina-based startup that builds conversations between businesses and customers, following up on an acquisition spree of four companies in 2017.

“Higher Logic has a proven track record in building community engagement and facilitating meaningful connections for organizations,” Vanilla CEO Luc Vezina said in a statement. “With more interactions happening digitally, community has become mission-critical for almost every organization. We are thrilled to be joining forces with Higher Logic to create the pre-eminent online community solution.”

The company said it brought on a number of Vanilla employees, giving Higher Logic a total global headcount of 400.

“Throughout the COVID-19 pandemic, our leaders made decisions that ensured we could run the business without having to furlough or lay off our employees,” Chief People Officer Joanna Luth told ARLnow. “Because of our commitment to our employees, we were focused on putting their needs first. We have continued to grow over the past year and have been actively hiring across all areas of the business.”

Higher Logic helps associations grow while retaining their customers and members. Today, it also serves more than 3,000 clients and has expanded into the corporate business-to-business market. Outside of its headquarters at Waterview Tower in Rosslyn, the company has offices in Portland; Saratoga Springs, New York; Australia and Canada.

Company board member Bob Nye, who is a partner at JMI Equity, said in a press release that Higher Logic has quadrupled its recurring revenue to more than $80 million in the last four years.

“The collective digital engagement expertise positions Higher Logic’s employees and customers well for growth and shared success in this new world,” he said.