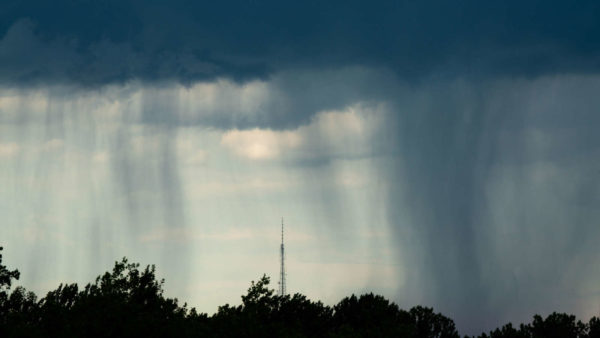 Update at 8:25 p.m. — Now the remainder of Arlington is under another Severe Thunderstorm Warning.

Pretty much the entire immediate DC area under severe storm warning now through around 9p. Storms likely to unleash 50–70 mph winds in some areas along with frequent lightning and very heavy rain. https://t.co/9keVWTga9c

Update at 8:10 p.m. — Another Severe Thunderstorm Warning has been issued, this time until 8:45 p.m.

The warning covers portions of North Arlington. The storms earlier this evening caused some damage, including downed tree branches and power lines, primarily in middle and southern portions of the county.

Earlier: Arlington is now under a Severe Thunderstorm Warning as a line of strong storms nears the county.

* At 434 PM EDT, severe thunderstorms were located along a line extending from Fairfax to near Bull Run to near Linton Hall, moving east at 25 mph.

SOURCE…Radar indicated and observations. These storms have a history of producing damaging wind gusts and large hail.

IMPACT…Damaging winds will cause some trees and large branches to fall. This could injure those outdoors, as well as damage homes and vehicles. Roadways may become blocked by downed trees. Localized power outages are possible. Unsecured light objects may become projectiles.

For your protection move to an interior room on the lowest floor of a building.

These storms have a history of producing large hail and wind damage. SEEK SHELTER NOW in the center of the lowest level of a sturdy building.