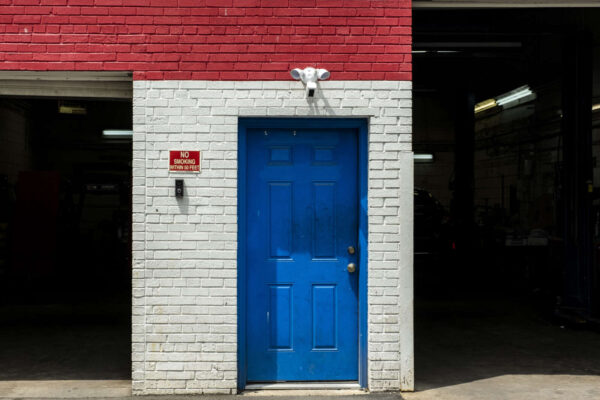 Clerk Hires Fmr. School Board Member — “Former School Board member Nancy Van Doren in February started work as one of a number of deputy clerks under Clerk of the Court Paul Ferguson, with her bailiwick the land-records division and its staff of five… that led to speculation that Ferguson – who served on the County Board before being elected clerk in 2007 – might be preparing for a departure when his current term expires at the end of 2023. That’s not the plan, Ferguson told the Sun Gazette.” [Sun Gazette]

Bomb Threat in Rosslyn — “The police activity in Rosslyn [Sunday] was due to a phone threat received by a tenant at 1100 Wilson Blvd, police tell ARLnow. The office building is home to Politico, UVA grad programs, TV station WJLA and others. The ‘all clear’ [was] given, after the building was evacuated.” [Twitter]

Woman Arrested for Striking Officer — “The female suspect was allegedly inside the business opening merchandise, refusing to leave and threatened staff about having a weapon. The arriving officer located the suspect who was uncooperative, refused to follow commands and claimed to have a firearm in her pocket. While taking her into custody, the suspect resisted arrest and struck the officer multiple times.” [ACPD]

Reflecting on ER Chief’s Pandemic Posts — “Social media was a lifeline for many throughout the #pandemic. In March 2020, VHC’s Dr. Mike Silverman, Chair of the Emergency Department, began using @Facebook as a way to keep our community informed about what was happening behind the scenes in local hospitals.” [Virginia Hospital Center/Twitter]

Aging Home’s Future in Doubt — “The quaint 1889 Queen Anne-style home a couple of hundred yards from the East Falls Church Metro may soon meet the wrecking ball. What for decades has been called the Fellows-McGrath House (6404 Washington Blvd.) was sold by owner Pam Jones this February for $1,088,295. The purchaser, Manassas-based FNM Investments LLC, led Jones to suspect her cherished home of 17 years — a one time bed and breakfast known as Memory House — will be torn down.” [Falls Church News-Press]