A web-based news show hosted by Modev, a Ballston-based company exploring the future of voice controls, recently won one of “the internet’s highest honors,” a Webby.

The award for the show, named VOICE Talks, “caps off a crazy year,” said Modev CEO and founder Pete Erickson.

Pre-pandemic, the startup organized large events that connected developers and large companies interested in the latest industry developments in voice control technology (think: Amazon’s Alexa, Apple’s Siri and Google Assistant). As the vaccine rollout continues and case numbers drop, the startup is beginning to return to its original purpose and aims to host a conference in 2022 in Arlington

But over the last year, Modev had to figure out something virtual to sustain the company and the conversations around voice control technologies. Erickson said the company came up with the idea for a multi-segment talk show, which is now sponsored by Google Assistant.

“Our business largely got canceled when the pandemic hit. Right away, we started this program called VOICE Talks,” he said. “We just thought that doing a virtual conference wasn’t going to be good enough. We needed something more creative — something that people would enjoy doing.” 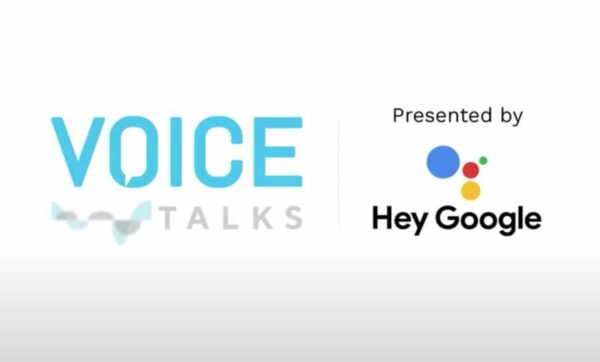 Humans are not wired for virtual conferences, which are not great business drivers and are frustrating for conference sponsors, Erickson said. The talk show, meanwhile, presents the same kind of information that would be learned at a conference in a more compelling format, he said.

The show is streamed live with a host in New York City who adds introductions, transitions and conclusions to pre-recorded segments that feature guests from companies ranging from tech startups to blue chip corporations like Nike and Dunkin’. During the show, the host takes questions, runs polls and gives out awards.

“We built up a super loyal audience that tunes in and is always growing,” Erickson said.

According to the CEO, the show has more than 100,000 email list subscribers and averages 25,000 views per month.

“In the age of YouTube, those aren’t large views, but we aren’t a consumer show: this is a business-to-business show in a niche industry,” he said.

Erickson intends to keep the show running monthly even after the pandemic ends and Modev can return to planning live events.

“It’s a nice new way to connect the community globally,” he said.

Erickson said voice control technology space is rapidly changing, but the market is still in its early days.

“What a lot of people have experienced with Google Assistant, Alexa or Siri is the first iteration of voice,” he said. “You’re going to see it start to gain more ubiquity as time goes on.”

These changes will be at the center of the 2022 conference in Arlington, slated for Oct. 10-15, 2022, and headquartered at a hotel in Crystal City. The conference will use indoor and outdoor spaces and tents to “create a really fun, interactive and safe environment for a lot of people to meet,” he said.

“With 22 hotels and lots of restaurants and space, National Landing is a space where you can have a pretty large event and link it all together and have a compelling experience,” he said. “It lacks a large conference center or trade show floor, but I think those things are overcome-able with a creative use of space.”