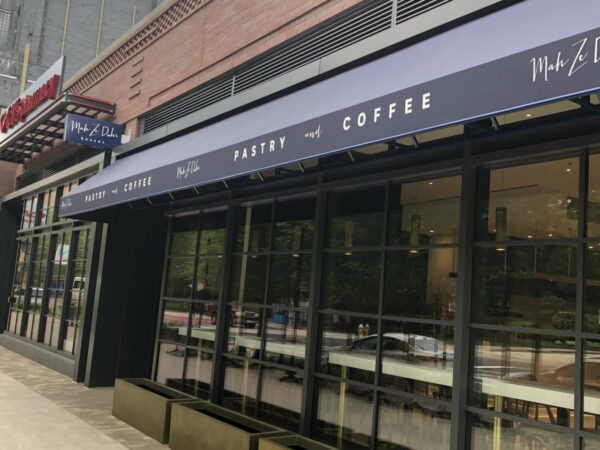 (Updated at 10:25 a.m. on 6/18/21) Brioche Cinnamon Rolls and Dark Chocolate Explosion Cookies are coming to Crystal City this weekend with the arrival of a brand new Mah-Ze-Dahr location.

The popular New York-based bakery founded in 2013 takes its name from an Urdu expression meaning a taste you can’t quite describe but want to experience again and again — it is a representation of what the restaurant hopes to offer with its sweet treats.

This time the bakery isn’t limiting itself to pastries. The Crystal City location, which opens Saturday at 1550 Crystal Drive, will be the company’s biggest shop to date — bigger than others in New York City and D.C.’s Navy Yard. It will also have the broadest menu.

The company is expanding into breakfast and lunch foods adding salmon and cream cheese-filled croissants and sandwich flights exclusively to the Arlington menu.

“We always think its fun to have things you can only have in one place,” said Mah-Ze-Dahr founder Umber Ahmad. “It helps the community feel wanted and special in that way.”

This Mah-Ze-Dahr will also have an extra large kitchen to serve not only its local customers but to also provide pastries to other D.C. area retailers.

Ahmad says the bakery will soon announce its partnerships with several local D.C. coffee chains and hotels. In the meantime, it will be doling out delectable goods from 8 a.m. to 4 p.m. every day.

Mah-Ze-Dahr will be next to the new CVS store in the emerging Central District Retail center. The shopping and dining strip will also one day include NYC-based taco restaurant Tacombi, fitness studio Solidcore and, nearby, an Alamo Drafthouse Cinema.

For first time customers trying out Mah-Ze-Dahr this weekend, Ahmad recommends the croissants.

“I humbly think they are the best outside of France,” she said.