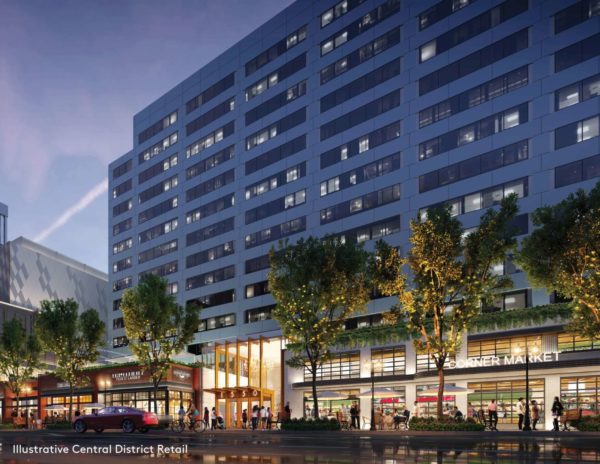 An unnamed specialty grocery store and Mah-Ze-Dahr, a bakery said to have some of New York City’s best doughnuts, are two of the businesses coming to Crystal City as part of a major redevelopment.

JBG Smith is giving a block of Crystal Drive between 15th and 18th streets — also known as “Crystal Square” — a facelift and a new name: Central District Retail. The redevelopment, approved by the County Board in 2018, will blend retail, public spaces and transit services, according to the developer’s website.

“Central District Retail will enhance the street-level experience with new dining, shopping and entertainment options on Crystal Drive,” Amy Rice, senior vice president of Retail Leasing at JBG Smith, said in a statement. “It will serve as the retail heart of National Landing and a vibrant destination for people throughout the region.”

The specialty grocery store in Central District Retail will have produce, meats and poultry, frozen foods, baked goods and prepared foods, Justina Lombardo, a PR rep for JBG Smith, said. At 15,000 square feet, it’s more the size of a Trader Joe’s than a full-service Giant, for instance.

Through Lombardo, JBG declined comment on which grocer will be filling the space.

The store will be built in the existing office building at 1550 Crystal Drive, according to the county. The new one-story retail area will replace a 1990s-era strip and link the grocery store to a planned Alamo Drafthouse movie theater at 1750 Crystal Drive. 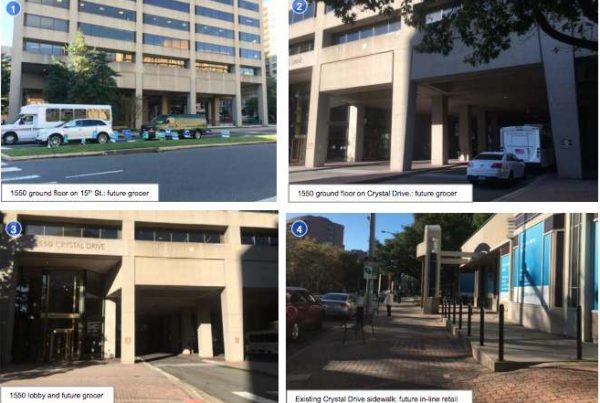 Permits also indicate that Crystal City will get a CVS, what appears to be an outpost of New York City taco chain Tacombi, and the boutique fitness gym Solidcore, which has locations in Clarendon and Buckingham.

There will also be a retail shop that will sell packaged salads, sandwiches and soups.

It’s unclear when the new shops and restaurants might open.

“The first phase of Central District Retail has been delivered to tenants for build-out,” Lombardo said. “JBG Smith typically defers to tenants on their individual timelines.”

The overall goal is to continue turning Crystal City into a neighborhood that’s more than just a 9-5 destination for office workers.

“The project’s purpose is to turn the area into a vibrant gathering spot — complete with approachable and comfortable retail, an Alamo Drafthouse Cinema, dynamic public spaces, and a new entrance and public plaza for the Crystal City Metro station,” says JBG Smith’s project information website. “Central District will create a sense of community and bring a true neighborhood feel to Crystal City.”