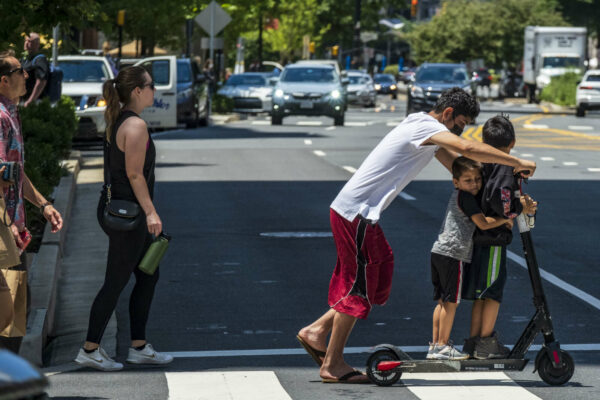 Lee Highway Planning Update — “Arlington county staff have produced different future land use scenarios for five sections, or neighborhood areas, of the [Lee Highway] corridor. These scenarios offer different visions for the route that note anticipated intensity and uses of land as well as potential future transportation and public space improvements. Ultimately, the initiative will culminate in an area plan that will guide future development along the corridor over the next 30 years.” [GGWash]

Postal Flexibility for Route 29 — “To borrow from a phrase of Barack Obama: If you like your Lee Highway address, you can keep your Lee Highway address. Arlington County officials say they do not expect the pending renaming of the 5.2-mile stretch of U.S. Route 29 in the county to impact delivery of mail addressed to the old ‘Lee Highway’ address when the roadway becomes ‘Langston Boulevard.'” [InsideNova]

Blood Drive in Courthouse Today — “Fire Works American Pizzeria and Bar… is working with INOVA Blood Donor Services to host an Arlington Community Blood Drive with an INOVA Bloodmobile, which will be located near the intersection of Clarendon Boulevard and North Adams Street, on Monday, June 21, 2021, from 11:30 a.m. to 5:00 p.m.” [Press Release]

A-SPAN Buys Westover Apartments — “This eight-unit apartment building, originally built in the 1940s for Pentagon workers, looks modest. But it’s the centerpiece of an ambitious pilot program from the Arlington-based non-profit A-SPAN. ‘This is for people who have too many housing barriers, [meaning] felonies, no credit, no rental history, immigration status,’ says A-SPAN’s director of development Scott Miller.” [DCist]

Police Pride Event at Freddie’s — “In recognition of Pride Month and the significant contributions of Arlington’s LGBTQ+ communities, the Arlington County Police Department (ACPD) will host Pride with the Police… on Friday, June 25.” [Arlington County]

Trump Official Trying to Sell D.C. Condo — “The condo was then taken off the market, and re-listed in April at the same price. In mid-May, the listing was withdrawn for a second time, and it remains off the market. [Stephen] Miller, meanwhile, has reportedly moved to Arlington with his wife, Katie Miller, another former Trump administration official.” [Washingtonian]