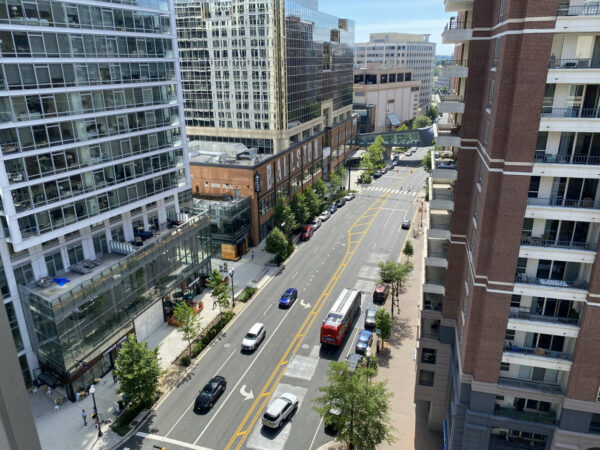 Local Man Awaits Word on Family’s Fate — “An Arlington, Virginia, man is one of many family members waiting for answers on the whereabouts of loved ones after a condo building collapsed in Surfside, Florida. ‘I would say yesterday was just a shock day. Today, a lot of us woke up hoping it was a bad dream,’ Alex Rodriguez told News4… His mom, Elena Blasser, and his grandmother, Elena Chavez were inside.” [NBC 4]

Chase Ends Near 14th Street Bridge — “A person is in custody after leading multiple police departments on a high-speed chase that spanned several county and state lines. It all started in Prince George’s County, Maryland, when a suspected carjacker fled police around 7:30 p.m. Friday… The driver evaded police several times, weaving into the City of Alexandria, until finally being stopped and arrested in Arlington County.” [WTOP, Twitter]

Hot Start to the Week — From the National Weather Service: “With an extended period of hot and humid conditions on Mon-Wed, here are some helpful reminders about car safety when it comes to heat. Also, take a look at the high/low temp forecast across the region. Shower and t’storm chances increase by mid-week.” [Twitter]

Demand for Food Help Falling — “AFAC’s count of participating families, which had spiked 49 percent at the height of the COVID crisis last fall, is down to being nearly on par with pre-COVID levels. One reason: Jobs that had been lost early in the pandemic are now coming back, which is good news all the way around.” [Sun Gazette]

DCA Is Getting Busier — From Reagan National Airport: “The airport is getting busier & so are our parking facilities! Parking Garages A and B/C may be closed at times, open to customers with advanced reservations only. The Economy Lot is open with plenty of availability. Book online to guarantee a spot.” [Twitter]

More Delays on Glebe Near Chain Bridge — From VDOT: “N Glebe Rd between Military Rd and Rt 123 in Arlington will again have alternating traffic in each direction via flagging, and the Glebe/123 signal will again have flagging Mon 6/28 from 9:30AM-3PM for Pimmit Run bridge project work.” [Twitter]

Reminder: Vote in This Week’s Arlies — Voting in the latest weekly edition of the Arlies closes tomorrow at noon. This week’s categories are favorite dog park and veterinarian. [ARLnow]