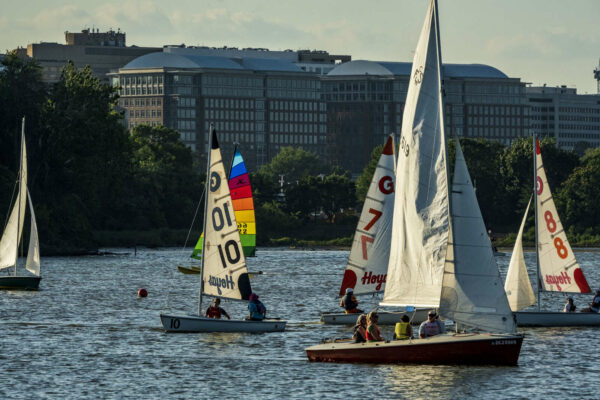 YHS Lax, Other Teams Cap off Stellar Seasons — “The spring sports season was a busy and successful time, maybe the most accomplished ever, for high-school varsity teams and individuals in Arlington County, with many winning various championships. That spring campaign ended this weekend with some Virginia High School League Class 6 state championship games. One contest included the undefeated Yorktown Patriots in the boys lacrosse title match, which they won.” [Sun Gazette, Washington Post]

Neighborhood Leaders Don’t Like Route 1 Plan — “A coalition of civic associations representing surrounding neighborhoods suggests that a pending Virginia Department of Transportation (VDOT) report on improvements in the Route 1 corridor could turn out to be an ‘epic fail’ that does not address key issues. As a result, leaders of the organizations are urging the Arlington County Board to ask VDOT to go back to the drawing board and consider their concerns.” [Sun Gazette]

A Bro Ode to Whitlow’s — “It’s the final few nights for Whitlow’s on Wilson, the venerable Clarendon bar where, for 26 years, 20-somethings have come to drink cheap beer and try to get lucky. This is concentrated Clarendon. Pure, unadulterated, un-adult Clarendon, a teeming room of recent grads absolutely wilding out after a year of epidemiological confinement.” [Washington Post, YouTube]

Long-Time Whitlow’s Patrons Bid Farewell — “As the days dwindled to hours before the closure of Whitlow’s on Wilson, some of those who had been patrons and boosters of the iconic Clarendon restaurant and watering hole gathered June 25 for one last hurrah.” [Sun Gazette]

ACFD Now Publishing Response Stats — “Check in each Monday to see our #Weekly Incident Summary, highlighting the total emergency incidents #ACFD responded to overall as well as by category. Last week our members handled over 600 calls for service!” [Twitter]

END_OF_DOCUMENT_TOKEN_TO_BE_REPLACED

More Stories
Who Got Reported To The County COVID-19 Tip Line?Morning Poll: What Are Your Fireworks Plans This Year?