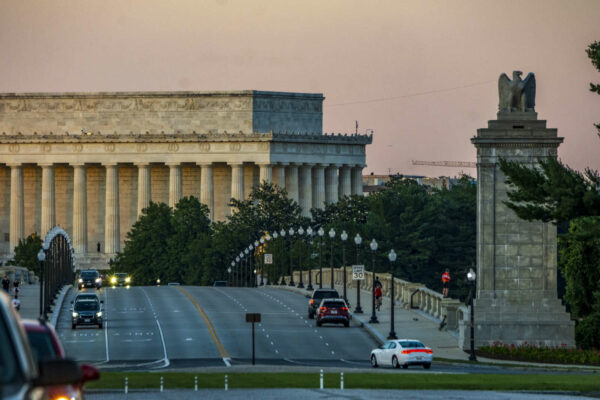 Runway Reconstruction for DCA — “Today, U.S. Senators Mark R. Warner and Tim Kaine announced $13,715,000 in federal funding from the U.S. Department of Transportation (DOT) awarded to four airports… [the] Metropolitan Washington Airports Authority will receive a grant of $1,700,000 to go toward a runway reconstruction at the Ronald Reagan Washington National Airport.” [Press Release]

Theme Announced for County Fair — “We are officially 50 days away from the Arlington County Fair! This year’s theme is… *drum roll please*… NIGHTS, LIGHTS, AND BITES! We are so excited for all the colorful nights, bright lights, and yummy bites at this year’s Fair, and we can’t wait to see you there!” [Twitter]

VHC Gets Grant for Remote OB Appointments — “Virginia Hospital Center (VHC), a community-based hospital providing medical services to the Washington, DC metropolitan area for 75 years, has received a $38,000 grant from the Jennifer Bush-Lawson Foundation (JBLF) for the pilot of the Hospital’s OB Connect program, which provides patients with the flexibility to receive prenatal care from home.” [Press Release]

Robbery at Pentagon City Mall — “At approximately 9:30 p.m. on June 25, police were dispatched to the late report of a larceny. Upon arrival, it was determined that the employee was assisting the suspect when he began to give her commands and directed her to open the display cases and place merchandise into his bag. The suspect then ordered the employee into the back of the store until he left the business.” [ACPD]

Restaurant T0-Go Drink Changes Extended — “During the height of the COVID-19 pandemic, when many restaurants were shuttered, the Virginia Alcoholic Beverage Control Authority (ABC) created a safe and secure way for restaurants to offer cocktails to go with a meal. The General Assembly has now continued this practice in statute for one year. In addition, restaurants who are delivering wine and beer can continue to do so for another year.” [Zebra]

Outdoor Balloon Launches Banned — “The revised law, sponsored by Del. Nancy Guy (D-Virginia Beach), takes effect on July 1, and will prohibit the intentional releasing, discarding, or causing to be released any balloon outdoors. Violators are liable for a civil penalty of $25 per balloon. The bill provides that if a person under the age of 16 releases a balloon at the instruction of an adult, the adult shall be liable for the civil penalty.” [Sun Gazette]