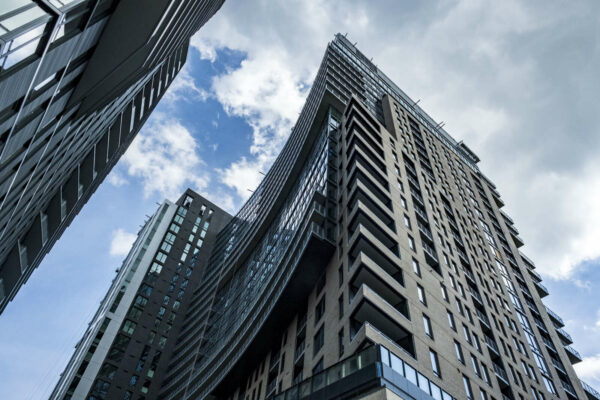 The average square footage of an Arlington apartment appears to be increasing, according to a new study from RENTCafé.

Among 92 cities and jurisdictions, more than one-third are building bigger apartments now than they did five to 10 years ago, according to the website, which follows trends in the apartment market. And Arlington County had the seventh largest jump in unit size between 2016 and 2021.

Compared to units completed between 2016-2020, in the second half of the last decade, those under construction as of May  2021 are 91 square feet bigger — “enough for a cozy home office or relaxation area,” RENTCafé spokeswoman Michelle Cretu said.

New projects in Arlington are embracing “renters’ living preferences following the pandemic,” she said. “After years of shrinking apartments, current projects… are on the track to give renters more square footage to better fit their new lifestyle.”

And the extra size is being added across one-, two- and three-bedroom units.

“The share of 2- and 3-bedroom apartments under construction is similar to the overall stock and is not driving the increase in average size,” Cretu said.

Representatives from developers JBG Smith and Penzance, which are active in Arlington, were lukewarm on attributing this uptick to the pandemic.

“The renter profile in Arlington has changed over the past several years,” said John Kusturiss, Senior Vice President of Development for Penzance. “Apartments are no longer just for recent college grads; folks of all ages want to have the accessibility of an urban area to walk to great shops, restaurants, and more.”

Moll did say JBG Smith is responding to the pandemic-era need for home offices and individual and co-working spaces. He added, however, that the company has found renters are willing to settle for smaller units to be nearer to amenity-rich corridors in the area.

“Submarkets like National Landing continue to evolve into even more vibrant destinations with enhanced neighborhood amenities and new employment opportunities,” he said. “As a result, more renters will want to live there, even if that means living in slightly smaller units. We’ve seen this trend play out over the past decade in most of the amenity-dense areas across D.C.”

RENTCafé observed shrinking apartments across the river in D.C., meanwhile. Current units are 23 square feet smaller than they were five years ago, and new rentals will be 721 sq. ft. on average — among the smallest units under construction, Cretu said.

Arlington County’s Department of Community Planning, Housing, and Development — which tracks development trends in Arlington — last reported apartment size trends, which are calculated by dividing the building’s total square footage by the number of units, in 2018. That report show more modest fluctuations compared to RENTCafé’s findings.

“Based on the most recent findings (2018), the average square feet per unit has not shown a significant increase,” a CPHD spokeswoman said.