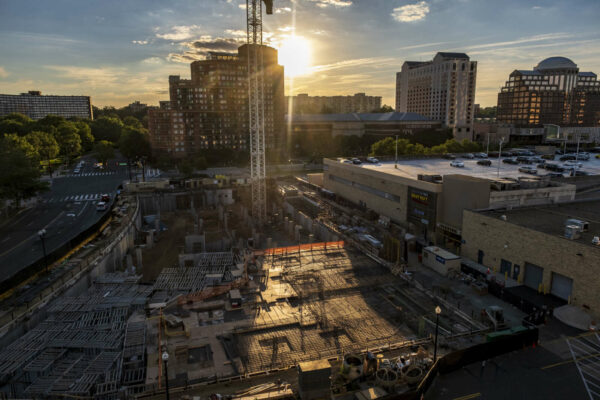 Mystery Disease Still Killing Songbirds — “Jennifer Toussaint, chief of animal control in Arlington, Virginia, can’t forget the four baby blue jays. In late May, worried residents had delivered the fledglings to her clinic just outside of Washington, D.C., within just a few hours. Each was plump, indicating ‘their parents had done a great job caring for them,’ Toussaint says. But the birds were lethargic, unable to keep their balance, and blinded by crusty, oozing patches that had grown over their eyes…. Since May, when the illness was first recognized in and around Washington, D.C., researchers have documented hundreds of cases in at least a dozen species of birds in nine eastern and midwestern states. ” [Science Magazine, InsideNova, Fox News]

Plaque to Honor Breast Health Fund’s Namesake — “The Arlington Free Clinic (AFC) on July 7 held a plaque unveiling to celebrate the life of Sharon McGowan, an Arlington mother of seven who died at age 45 after battling breast cancer, and to mark the transfer of a fund in her name supporting breast health… The fund supports mammograms and biopsies for uninsured patients (including those AFC serves) fighting breast cancer in Northern Virginia.” [Sun Gazette]

Pentagon City Bus Stop Relocations — “Starting on Sunday, July 11, bus stops A, B and C along S. Hayes Street at the Pentagon City Metro station will be closed while in road concrete pads are installed at the bus bays. Buses that serve the closed stops will be temporarily relocated to bus stops E, T1 and T2 (see map below). The bus stop relocations will mainly impact Metrobus and Metroway service. The bus stop relocations will not impact ART bus service.” [Arlington Transit]

Event for New Chamber Music Quartet — “The newly formed 9th Street Chamber Music LLC will host a launch party on Friday, July 16 at 5 p.m. on the lawn at St. George’s Episcopal Church, 915 North Oakland St. The event will include music, food and drink for purchase, a raffle and more.” [Sun Gazette]