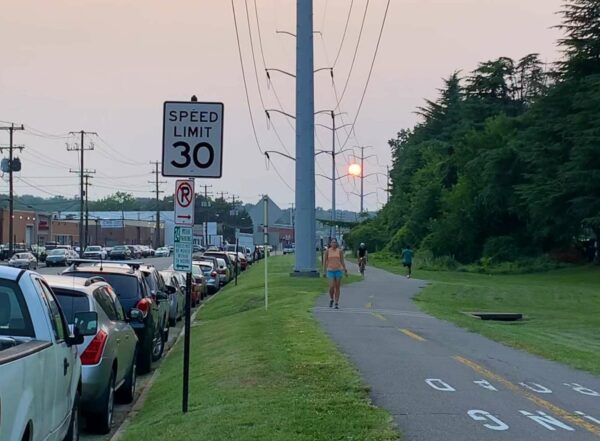 Metrobus Crash in Ballston — From our Twitter account yesterday afternoon: “Southbound N. Glebe Road is blocked at Washington Blvd by a crash involving a car and a Metrobus. Police and medics on scene.” [Twitter]

Police Oversight Vote to Be Held Wednesday — The County Board vote on creating a Law Enforcement Civilian Review Board will be taken during a special carryover meeting on Wednesday. [Arlington County]

Activists Decry Possible Route 29 Development — “An activist group raised the alarm about what it suggests could be a major upzoning along the Route 29 corridor. Arlingtonians for Our Sustainable Future… said efforts to impose ‘major increases in density’ along the 5-mile Lee Highway corridor were resulting in ‘stiff opposition’ from residents. The group encouraged those with concerns about the proposals for more intense zoning to get in touch with County Board members sooner rather than later.” [Sun Gazette]

Western Wildfires Make for Hazy Sunset — “The haze that hung high above us on Monday has been identified as smoke from Western wildfires, in what seemed a vivid visual reminder that faraway hardship may not leave us unaffected. ‘A thick layer of smoke’ at upper atmospheric levels ‘can be seen in the sky at this time,’ meteorologists in the local office of the National Weather Service said Monday night.” [Washington Post]