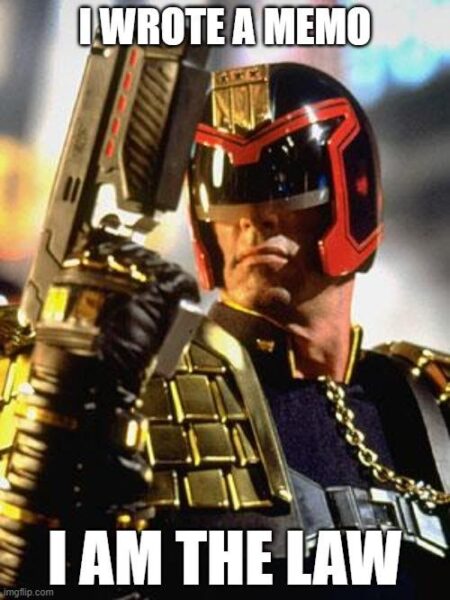 Litigation over the constitutionality of Deferred Action for Childhood Arrivals (“DACA”) took a turn this week, courtesy of Federal District Court Judge Andrew Hanen. In this brief explainer, we will first provide the facts about what has happened to DACA, and then we will offer our prediction about the future of the program.

“With respect to DACA recipients who obtained that status on or before the date of this injunction and DACA renewal applications for these existing recipients (regardless of when the renewal applications are submitted) the order of immediate vacatur and the permanent injunction… are temporarily stayed until a further order of this Court, the Fifth Circuit Court of Appeals, or the United States Supreme Court.”

Why would Judge Hanen stay his own injunction? He recognized that a large class of stakeholders — including U.S. citizens and businesses — has come to depend on the DACA program, and it would be unjust to immediately terminate the program while litigation over its constitutionality remains pending. Again, the relevant quotation from the Order:

“Hundreds of thousands of individual DACA recipients, along with their employers, states, and loved ones, have come to rely on the DACA program. […] Given these interests, it is not equitable for a government program that has engendered such significant reliance to terminate suddenly.”

Here is our class-by-class summary of the state of play, as of July 22, 2021. (It is even more important than usual to emphasize that this is not legal advice to you as an individual. Talk to an attorney!)

Now, here is our (short) prediction about what comes next.

The worst-case scenario for DACA recipients — that DACA will simply be declared an unconstitutional use of executive power — is highly unlikely. The Supreme Court already showed, in DHS v. Regents of the University of California et al., that it is extremely queasy about invalidating DACA. And the Biden Administration has indicated that it intends to defend DACA to the hilt, so the program faces no threat from the Executive Branch.

There are many roads to a better outcome for DACA recipients. Here are a few: