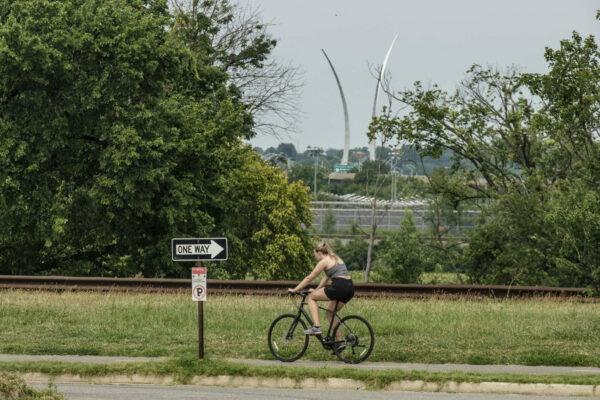 New Rosslyn Food Hall Nears Opening — “American Real Estate Partners is nearly ready to take the wraps off Assembly, the food hall atop the Rosslyn Metro station, a project that’s been more than two years in the works and was thrown a curveball by the Covid-19 pandemic. Assembly at Rosslyn City Center, a 29,000-square-foot space spread over two levels at 1700 N. Moore St., is slated to open this week for a sneak peak for tenants and next week to the wider public.” [Washington Business Journal]

Bonds Likely to Be on Ballot — “Arlington County Board members on July 20 formally requested the placement of four local-bond referendums on the Nov. 2 ballot, which if approved by voters – as seems likely – would lead to a further increase in the government’s debt-service payments… the following bonds will go to voters: $38.7 million for transportation and Metro. $23.01 million for schools. $17.035 million for community infrastructure. $6.8 million for local parks and recreation.” [Sun Gazette]

ART Buses Lifting Capacity Restrictions — “Starting August 1, rider capacity restrictions will be lifted on all ART buses. Seats inside the buses will no longer be blocked off.” [Twitter]

Va. Unemployment System Struggling — “As the embattled Virginia Employment Commission has been scrambling to move through a massive backlog of unemployment claims, thousands more cases have been pouring in from jobless residents. Staff who review disputed claims have been leaving the agency, and the General Assembly’s watchdog has sounded alarms about measures being taken by the commission to hasten the process in response. Many unemployed Virginians say the commission’s unresponsive call center has stopped picking up the phone.” [Washington Post]